Alright, so I’m pretty sure all of us can relay some embarrassing moments from our teenage years. I dunno if it’s the changing hormones or what, but we tend to be pretty damn stupid in these formative years. I have been thinking about my teen years a lot recently, most likely since my high school 10 year reunion is coming up in 2019.

I don’t if it’s nostalgia or what, but I have suddenly been reliving a lot of moments from this time. Here’s something you have to know to know about me first before I start my story. I spent most of my education in public schools in Southern California, namely elementary school and college (two years at a Pasadena City College and then three at UCLA as a transfer student). I switched to a small Christian K-12 school for middle and high school because of bullying (cops got involved, nasty stuff). While I was a working class kid of a single mom, this small school had scholarships and financial aid that made it possible for me to attend.

It is at this small school in “SoCal” that my story takes place. This story involves a CD; well, two CDs to be exact. You see, music has been my obsession my entire life (it eventually became what I studied in college). I had a far ranging interest in all kinds of music from around the world but as a teenager rock, namely punk and metal, amped me up the most.

Above all bands was Van Halen.

Pretty much every person that knew me also knew how obsessed I was with the band. It didn’t matter what incarnation of the band, I owned every damn CD and cut my teeth as a guitarist on all those records.

So while I was a teenage metalhead and punk, what went along with that was that I was a bit of…let’s say, a social anomaly. I didn’t really fit into any clique, but most knew me as a decent guy who was just a tad obsessed with Eddie Van Halen. To go along with this, I was horrifically shy around girls I found attractive.

Awkward doesn’t even really cover it, but holy shit did this come to a head in a hilariously embarrassing way with a girl I liked from age 14 to age 15 (this story ranges from late middle school to early high school). Let’s call this girl “S” so that this never makes it back to people I know. Remember how I mentioned that I was a bit of a social misfit? This girl S wasn’t. In fact, she was popular.

My dumb ass had the bright idea to get a crush on a (future) cheerleader who hung around (future) jocks that hated my guts (incidentally I did play starting right tackle on the high school football team) and boy was I about to make my mark. Remember how I mentioned that I was shy around girls? Yeah, that meant I couldn’t hold a conversation without my voice cracking from nerves.

So I had a plan to say something without too many words. I was going to go old school and make a mix tape for her since my conversations were very limited. “Oh man S, is going to so dig this! She’ll love that I shared this amazing band with her,” I thought to myself. The thing is, it was my 8th grade year in the early 2000s so cassettes weren’t the thing anymore. As such, I made her a mix CD.

Not just any mix CD though. A VAN HALEN mix CD.

All the classic Roth and Hagar love songs were there man, it didn’t matter that S was more of a Mariah Carey fan, I figured NOBODY could deny the mighty VH.

Once I made the CD I approached her locker shaking like my apartment during an earthquake and the conversation went something like this.

Me: So uhhhh…I really like Van Halen…and I…uh…(reaching into my backpack) made this CD for you.

A day passed and I approached her again towards the end of the day. I figured “OK dude, this is it, you’re gonna find out how much she dug it!” Cue scene:

But I wasn’t finished embarrassing myself hooooooooo boy I was just getting started.

The 8th grade year ended and I continued to make awkward conversation with S and left a couple of really geeky messages on her home answering machine (FUN FOR THE WHOLE FAMILY). On the last day of the end of the year I was risking my neck by wearing a Van Halen t-shirt (band shirts were banned by the fascists at my school). I wore it in rebellion of the fact that we were going to have to wear uniforms starting my freshman year of high school. That day I got her to sign my yearbook and she wrote, I’m paraphrasing more or less, “you’re awesome, never change <3 –S”

DUDE SHE PUT A HEART OMG.

You see I didn’t realize at the time that girls just do that sort of thing, so I figured I still had a chance. Anyways, I got made fun of quite a bit by the jocks for the whole Van Halen thing, but still liked S. Come freshman year I was a starter on the football team (still not a jock…just was a great lineman), and S had recently had her birthday.

Operation Van Halen part 2 was on.

This time I made a pastel artwork for her (I was a decent artist back then) and… also made another fucking mix CD. This time it was mixed with some more recent bands popular at the time, but still had Van Halen and also some solo Roth and Hagar as well.

Me: So… I have something for you, wait here (I run into the athletic locker room and get the gift).

Me: (hands the artwork and CD over) Happy birthday S.

S: (stares blankly) Oh… you didn’t have to do that (gives awkward hug).

Me: (freaking out that she hugged me) Yeah…uh happy birthday, bye!

In the year that followed this solidified my place in the pantheon of stupidity as the hostility of the jocks increased since I continued to try to pursue a chick outside of my social standing. Eventually I gave up and moved on with my life. Van Halen became a running joke among the popular crowd (one jock grabbed my yearbook and wrote VAN HALEN SUCKS just for “lolz”).

Joke was on them though, I eventually became a really great guitarist (I’m sure Mike can testify to this) and performed frequently in front of the school. My senior year the leader of the worship band asked me to play this Steve Vai piece; I won 2nd place in the talent show for (most people thought I was robbed of 1st). Incidentally, I was placed right in front of S and her pals for the performance.

I wonder if she remembered those stupid CDs I made. 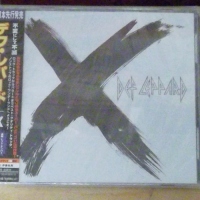