After a 16 month battle with pancreatic cancer, Frankie Banali has passed away.

His best album, W.A.S.P.’s The Headless Children, will always be a cornerstone of this collection.  Metal Health was the first hard rock album I ever acquired and it changed my life for good.  To say Frankie was dedicated would be an understatement.  His dedication led to a rejuvenated Quiet Riot and some excellent albums with James Durbin on vocals.  Against the odds, Banali silenced the critics, myself included.

One of the hardest hitters in rock, Banali has an extensive resume including Hughes/Thrall, Heavy Bones and Faster Pussycat.  He was one of those drummers you could identify just by his snare sound.  A true original. 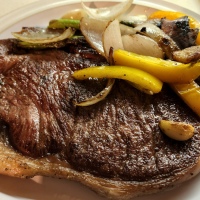