This week’s episode comes to you from BURIED ON MARS!   I’ve been wanting to involve him on the live show for a few months and now the time has come.  His topic:  AC/DC deep cuts.  Back in June we did a Nigel Tufnel Top Ten AC/DC albums co-hosted by Superdekes.  That was one of our best shows, but now we go deep!  No hits, just AC/DC; songs that we love that you’re not going to hear on the radio.

Your hosts with lists tonight will include:

We hope you will be on board tonight for the “Rock and Roll Train” known as AC/DC!

You may have noticed I have finally picked a name for this show.  I hope I picked the right one.  Tonight will be the inaugural (even though I’ve been doing this six months) episode of THE LeBRAIN TRAIN: 2000 Words or More with Mike Ladano.

Thank you to old pal (26 years) and author Aaron Lebold for contributing new graphics for the show.  I really appreciate it!  This was my favourite of the two he made.  I have more artwork coming along.  I’m very grateful for your help Aaron!  Maybe you can come on the show and discuss your new book Genocide. 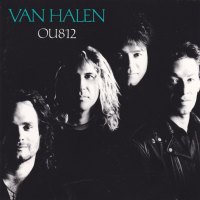