RECORD STORE TALES #1031: I Wish They All Could Be California Girls

2022 has certainly been an interesting year, but aren’t they all?  Let’s look back at the last five:  2018 was the year of cancer.  2019 was the year of taking our summer back.  And everything since then has been a nail-biting rollercoaster of barely hanging on!  Even though the last three years feel like a giant pile-on of same-old-same-old, other things do not.  Friendships for example.  Each friendship is unique.  Each person I collaborate with is unique.  I’m grateful for all of them.  With Harrison, I get to write our amazing series The Adventures of Tee Bone Man — a new thing we began in March of 2022.  With Tee Bone himself we come up with new music and theme songs.  With Uncle Meat, we come up with show ideas.  The list goes on.  I value collaboration as one of the most fun activities that creativity brings to me.

In 2022, I unexpectedly met a new collaborator and together we’ve started to explore some fun creative chemistry.  Without repeating myself too much, music fans often have a knack for finding each other, and so California Girl and I crossed paths for the first time this year.  The fact that she liked the kind of content I was producing was a surprise to me.  On the surface, she didn’t look like my typical target audience (usually obsessive-compulsive music geeks with a side collection of stuff that isn’t to be played, just admired with the eyes).  I suppose one of the first things I learned from California Girl was not to judge books by their covers.  She might not collect physical music like a lot of us, but she’s passionate enough about the rock to name pretty much every pet in her household after musicians.  Good musicians.  Trust me, she doesn’t own a dog named Ed Sheeran or anything like that.  But you did meet her kitten Fleetwood on the Grab a Stack of Rock show a few weeks ago, when she offered up some heartfelt words for the dearly missed Christine McVie.

I will tell you this.  Though she loves classic rock, her kryptonite is Deep Purple.  Just can’t get into Purple!

She even likes Lego.  I used to think we were cool here in Kitchener, because we have a Lego store up in St. Jacobs.  Well, she has Legoland! 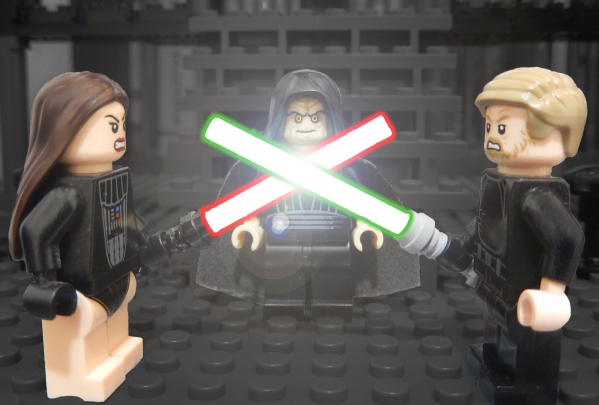 We are mutual fans.  She likes my writing, and I like what she does!  I’ve never met an Instagram model with 200,000 followers before.  Jen and I are both fans.  We love her fashion sense, her incredible collection of shoes, and her sense of humour.  It’s such an unlikely thing on the surface, but she’s more than just a hot pair of legs in sexy heels.  We are both collectors, and though we collect different things, the passion for it is identical.

We share similar values especially when it comes to things like family, bullying, and kindness.  As we talked, we realized we had a lot more in common than just bands and shows that we liked.  There were some life experiences that we shared, and that plus the timing of the whole thing just ended up leading to friendship.  I was anticipating some upcoming hardships.  I’ve been open about my seasonal depression, but on top of that I was dealing with the impending dread of dental surgery.  Dread which wound up being justified, but that’s not important to this story.  I needed support and not the kind of support I was getting from other friends.  Which is not a slight against other friends — I have learned that each friendship has its own unique qualities and strengths.  When it came to my dental surgery, I was getting a lot of “You’ll be fine!” messages, which I was after a spell, but wasn’t the kind of support I was really seeking.  I was really looking for more understanding about my anxieties and why I was feeling the way I was.  I got that support from California Girl.  She was there for me (virtually speaking) through the whole thing, from the weeks building up, to the incredibly difficult recovery period.

That support led to our first public collaboration, which was a song selection during my “Teeth Week” posts.  But that was not our first actual collaboration.  Together we began writing the Adventures of Edie Van Heelin’.  This character, based on a superhero version of her (sound familiar?) became quite fun for us to invent.  The first chapter involved me meeting her, rocking a club as lead guitar player of the all-female Van Halen tribute band Van Heelin’.  We had an (unreleased) adventure with aliens and Tommy Lee, and eventually we came up with one story that was good enough for public consumption.  And it was a blast to do.  And more is coming.

Here’s one funny thing about my collaborators.  With Harrison on the other side of the world, we have a narrow window of time to work together, with only the few hours before either of us are going to bed.  If I come up with a load of ideas mid-day, I have to wait until Harrison wakes up before he’ll be able to read them.  With California Girl there’s a similar situation.  We’re both early risers, but I’ve got a three hour head start.  Oftentimes I’ll have written a first draft before she’s had her morning tea.

Speaking of tea, it is true that I need more positive influences in my life.  California Girl is definitely a positive influence.  Not only is she able to see things from perspectives I hadn’t considered, but she’s slowly getting me to try to cut down the coffee and soda pop.  So tea and flavoured water have been coming back into my life.

I’ll tell you a secret.  When we first started talking, I’d try to impress her.  I’d send her pictures of me writing away on the front porch of the cottage on a Friday morning.  “Check out my beautiful scenery and squirrels,” that kind of shtick.  Little did I know that California has beauty rivalling my cottage hideaway.  But she loved the pictures and videos anyway, especially the squirrels.  Here I am showing off our huge Canadian black squirrels, but meanwhile, her morning run has peacocks on it.  Peacocks!   Just standing around in the middle of the sidewalk!  I’ve never seen a peacock outside a zoo!

Sending her these cottage photos gave me an idea.  Since I hated winter so much, maybe I could send her photos and videos of our winters here in Canada, and get her reaction.  That oughta be fun.

Except there’s been hardly any snow this winter!  She’s had more snow so far on her mountain road trips!  Last week she sent me a message.  “You know, I’m starting to wonder if you actually are from Canada.”  I had to laugh.

In 2023 I look forward to collaborating further and finding out what else we can cook up.  There will be more Adventures of Edie Van Heelin’, including crossovers.  There will be more “Ask Harrison” questions for the live shows.  There will be more Lego art.   As much as I’ve learned to expect life dealing out surprises, this has been one surprise that I sure didn’t see coming.  I never expected an Instagram influencer with over 200,000 followers would be a fan of mine, and a collaborator, and a friend.  That has been one pretty cool surprise.  I’m still a little starstruck to be honest, but I shouldn’t be.

Can’t wait to see what 2023 brings.  Happy New Year to the California Girl! 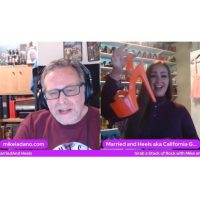 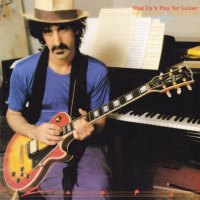