Part 7 in a series on Ace Frehley!  Missed the last one, Return of the Comet?  Click here! 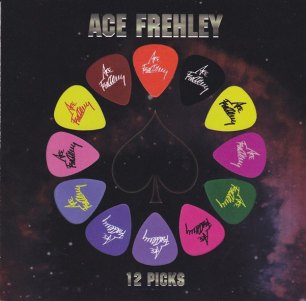 With Ace experiencing a second Golden Age back in Kiss, 1997 was the perfect time for various parties to cash in with compilations and re-releases.  It made sense for Megaforce to put out a collection of Ace’s better solo work along with unreleased live tracks.  With Frehley’s Comet bassist John Regan in the executive producer’s seat, at least 12 Picks has input from somebody on the inside.

This is a pretty logical collection.  Since it has “Into the Night”, “Rock Soldiers”, “Words Are Not Enough”, and even “Hide Your Heart”, you could easily make an argument that casual fans can start and stop here.  Sure, they’d miss great favourites like “Calling To You” and “Do Ya”…but leaving tracks off opens doors to sequels, no?

If you imagine an album still having two sides, then the studio tracks make up side one.  Side two consists of live versions of Kiss favourites and others.  These are all from the Second Sighting tour with Jamie Oldaker on drums, unfortunately not Anton Fig for these versions.  They are however previously unreleased on any audio format.  These are some (but not all) of the songs from the Live + 4 VHS video cassette.  This video was never released in Canada, and I’ve never owned it.  Unfortunately, “Something Moved” from the VHS tape is not included.  To date it is still frustratingly unavailable.  From the same gig (Hammersmith Odeon) but unreleased until now is “Deuce”.  Other tracks from the concert would later trickle out elsewhere.

“Rip It Out” remains a stunning opener, although this version is hampered by the lack of Anton on drums.  Jamie Oldaker has a different feel, laying back behind the beat and I don’t think that’s the way these songs are best presented.  His fills are simpler than Anton’s, and things like the drums solos in “Rip It Out” and “Breakout” suffer for it.  The rest of the set is Kiss-heavy:  “Cold Gin”, “Shock Me”, “Rocket Ride” and the Simmons-penned “Deuce”.  Frehley performs “Cold Gin” with the right groove, which Kiss had trouble nailing without him.  I like the little touches, like the fact that the bassline doesn’t stray from the original much.  It lends these Ace versions a Kiss-like authenticity.  Tod Howarth backs up Ace’s lead vocals in a manner that recall’s Kiss’s multiple lead vocalists.

Although the setlist itself is pretty smokin’, the muddy drum sound and lack of Anton prevent the live portion from igniting.  Thankfully Ace has plenty of fuel when he solos, but this live side is noticeably inferior to the excellent Live + 1.  That’s too bad. 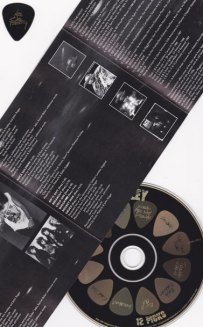 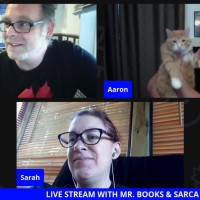 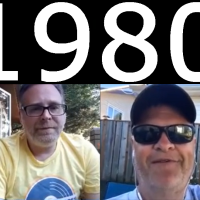