By now, surely you have heard that Gene Simmons is finally releasing his massive 150 song boxed set, The Vault (1966-2016).  Gene has been talking about this box for over a decade, under the previous working title Monster.  Entirely unreleased, these songs are a treasure trove of things that fans have wanted for years.  Gene’s Love Gun-era Van Halen demos?  Supposedly here.  Along with “Feels Like Heaven” and dozens of tracks we’ve wanted in official quality.  In other words, The Vault box set is as much a must-have as the original Kiss Box Set itself.  A full track list has yet to be released, but we can be assured that there will be music that we have long sought on Vault.

Gene likes to promote his big ticket items in terms of what they weigh, as if that’s a reflection of value.  Vault comes in a safe that weighs 38 pounds.  The box also includes:

“But Gene,” you might be thinking to yourself, “that’s not enough.  I want more!”

If you want more, you better be prepared to pay for it.

For $50,000, Gene will deliver your copy of Vault right to your home.  It’s called the “Vault Home Experience”, but only available in the United States:

What’s that “Songs & Stories” session?  This is really “stories about songs”.  Gene won’t be singing live. The FAQ states that “if you have an acoustic guitar around, Gene may strum a few tunes for you and your guests.” “If” and “may”.

Finally there is the basic $2000 “Vault Experience”.  These are all over the world, including two in Toronto (May 2018).

It pays to read the language of this.  Gene’s “hand delivery” of the box set is really just you going to pick it up from him in one of a few select cities.  I picture it like Santa Claus at the mall.  Stand in line, get your few minutes with the old guy, a picture and your present (Vault).  The only true “hand delivery” is available for $50,000.  It’s also important to think about all the different activities squeezed in to a short period of time for you and all the other buyers. Each buyer is only allotted five minutes with Gene.

If you and 24 (American) friends pitched in $2000 each, you could in theory throw a two hour home party starring Gene Simmons.  That could make for a pretty cool bachelor blowout.  You’d still have to figure out who gets The Vault box set when you’re all done.  Maybe you could share it, with everybody getting it two weeks a year!  It’s your money, it’s entirely up to you.

Is it worth it?  I am sure these experiences will be sold out.  What if you can’t make it out to one of the Vault Experience locations?  In lieu of meeting Gene, you can have it shipped normally.

$2000 is a lot of money to most of us.  We music collectors are not loyal to just one band.  Gene may have released his box set, but other bands are also vying for our dollars.  This Christmas, Max Webster, Bruce Dickinson, the Sex Pistols, Whitesnake and more will have new box sets to sell.  Are we to budget all our money to just Gene this year?

I cannot.  I love Kiss, but not just Kiss.  No other artist I’ve ever loved has asked this much money for unreleased demos.  Yes, let’s put this into perspective.  It’s not the Wu-Tang Clan selling a new million dollar album to some pharma-jackass.  These are unreleased demos — stuff that either was never intended for release, or weren’t good enough for albums.  Incredibly desirable to collectors, but artificially inflating the price to $2000 not only puts them out of reach, but exaggerates what you’ll be getting inside.  To fans and collectors, it might be worth the money.  Play the songs for your buddies and they might wonder why the hell they were worth $2000.

At the end of the day, I just want the music.  An official, physical copy of the music.  At $13.33 per song, Gene is asking way too much for unreleased demos and a bunch of knick-knacks I wouldn’t buy otherwise.  I can’t pay that much, even for unreleased Kiss. 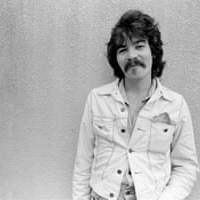 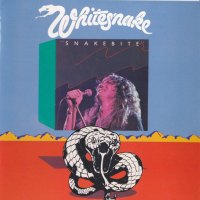 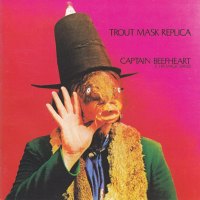