Dedicated to my best friend Peter who first got me hooked on this show. 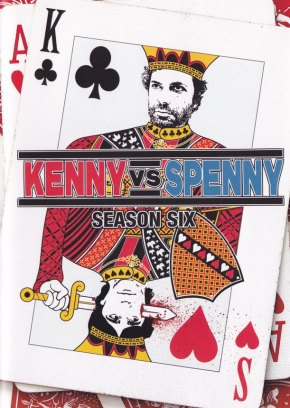 With Kenny Hotz and Spencer Rice currently doing their Kenny vs. Spenny vs. Canada tour (even hitting Owen Sound, Ontario of all places), there couldn’t be a better time to review the final season of their influential TV show. Influential? Yes. Clone shows such as Ed vs. Spencer (UK), Elton vs. Simon (Germany) and numerous others have proven that the concept had legs. Maclean’s Magazine declared Kenny vs. Spenny #8 in the top 10 Canadian shows of the 2000’s.

What was the concept? Two best friends compete in a grueling challenge. One (Kenny) likes to cheat, while one (Spenny) tries to play the honest game. The loser of the challenge each week has to perform a “humiliation” – a usually disgusting punishment for failure.

As much as I love this show, I think Season Six proved the boys were running out of ideas. After six seasons it gets a little hard to think of fresh things to compete over, not to mention Kenny had all but abandoned the concept of competing.  Instead he focused on novel ways to cheat and offend.

Here are your episodes:

“Who’s The Bigger Idiot?” – Originally a web-only release. I actually preferred it to many of the actual aired episodes this season. Spenny makes some fun retro-style videos, recreating the most idiotic moments of his past. 4/5 stars

“Who Can 69 The Longest?” – Even the crew got bored with this one. A dull season opener. All humiliation, no competition. At least Kenny got it equally bad. 1/5 stars

“Who Can Squeeze More Boobs?” – I found this one to be too similar to past episodes, further proof that the boys were running out of ideas. 2/5 stars

“Who Can Keep His Head In A Chicken Coop The Longest?” – Better than the previous two. However, once again, Kenny got bored and had to change the competition to something else, because let’s face it, you can only watch a guy with a chicken coop on his head for so long. Great punishment, though. 2/5 stars

“Who Can Get Further With The Other Guy’s Mom?” – I knew this one would be a dead-end letdown just by the title, and I was right. 1/5 stars

“Who Can Win a Cockfight?” – This is a little bit better. Taking a cue from shows like Robot Wars, Kenny and Spenny attach all sorts of mechanisms to their mid-sections and do battle! 3/5 stars

“Who’s A Better Basketball Coach?” – A classic case of who can out-think the other. I’m not a basketball fan by any stretch, so I found that aspect boring, but the competition itself keeps you guessing. 3/5 stars

“Who Do Black Guys Like More? Pt. 1 and Pt. 2” – A two-parter. Part one mostly sets up the competition. As you can imagine, Kenny does everything he can to defame Spenny. I thought this one was pretty fun due to some pretty interesting guests. 3/5 stars

“Who Can Have More Fun?” – I loved this episode. Obviously, Kenny’s idea of fun and Spenny’s idea of fun are two diametrically opposed things. Spenny comes up with some pretty strong strategies in this one. Kenny is at his destructive best. 4/5 stars

“Who Can?” – This season really, really came into its own by the end. This episode is the first of four 5-star episodes in a row. Essentially, it starts off as a behind-the-scenes episode. Spenny arrives at the house (offering the first clue that the guys don’t actually live there together) to find that Kenny has declared himself Emperor. The competition was supposed to be about badminton, but Kenny refuses to break his Emperor character. Spenny then spends the episode trying to figure out what the actual competition is! Kenny brings out a cavalcade of characters and costumes with a climax that had me in tears. 5/5 stars

“Who Can Produce The Best Commercial?” – Best episode of the season. “Frommagio Al Forno! Good thinkin’, Mama!” It’s episodes like this that make me wonder if Spenny really is as stupid as he appears, because he sure comes off as stupid in this one. Look for a cameo in this one by Federico Castelluccio (Furio) from the Sopranos. 5/5 stars

“Who Can Put On The Best Play?” – Kenny’s play was offensive as ever. Spenny’s made me cringe. I’m shocked he actually thought he could act. 5/5 stars

After Season Six, the boys decided to make one final (absolutely terrible) Christmas special, and that was it. Kenny Vs. Spenny really peaked in the third and fourth seasons. Season Six got off to a pretty slow start, only coming into its own towards the end, making it the weakest season of the series. The competitions were getting more and more ridiculous and far removed from the original premise. Kenny’s absurd sense of humour kept the series watchable, but it was no longer about “Who is the best” at something. It became Kenny humiliating Spenny for 22 minutes.

Hopefully, the boys release some kind of DVD from the Kenny vs. Spenny vs. Canada tour.  This DVD, unfortunately, is woefully short on bonus features.  A photo gallery and a few outtakes are all you’ll get.  No behind the scenes features as on previous seasons. 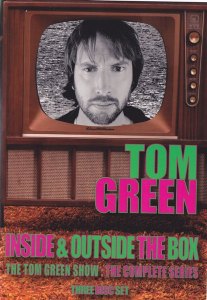 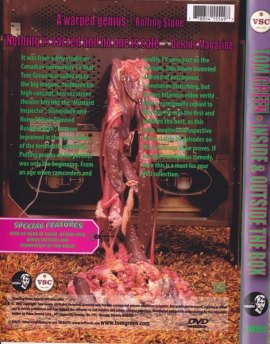