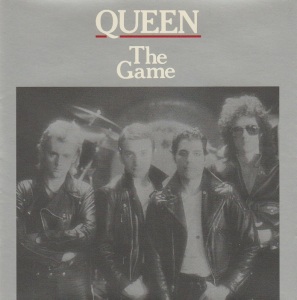 When Queen released their devastating debut album Queen in 1973, the liner notes proudly stated “And nobody played synthesizer”.  A mere seven years later, Queen introduced the electronic instrument to their sound on 1980’s The Game. This did not in any way hinder the album from becoming a massive success, nor weaken the Queen sound.  The synth was just another colour in the Queen pallette.  It would be fair to argue that The Game contains no clunkers, no songs that should have been discarded.

All you have to do is fall in love.  Everybody play The Game.

The Game eventually spawned five brilliant singles:  “Play the Game”, “Another One Bites the Dust”, “Crazy Little Thing Called Love”, “Need Your Loving Tonight” and the grandiose “Save Me”.  Anybody who has some decent Queen “hits” albums should know at least four of those songs.  But that’s not all, of course.  Funky bass and sharp danceable beats make “Dragon Attack” one not to miss.  The production of Mack and bass of the incredible and underrated John Deacon really cut through.  Rock albums that sound as good as The Game do not come around often, and “Dragon Attack” must be considered a prime example of why The Game is tops.    On album, it’s followed by Queen’s best known funk jam “Another One Bites the Dust”.  Dancefloor overload, baby!

Speaking of John Deacon, not only did he write “Another One Bites the Dust”, but also “Need Your Loving Tonight” which is good and hard rock and roll.  It could have been a Paul Stanley track.  As far as “rock and roll” goes, “Crazy Little Thing Called Long” is definitive.  The walking bassline and black leather jacket vibe are perfect.

The Game‘s second side has the deep tracks.  “Rock It (Prime Jive)” combines the synths with a scorching Roger Taylor hard rocker.  This cut is well worth getting acquainted with.  You’ll want some “Prime Jive”!  Then there’s the track I vaguely remember hearing on a radio as a kid, “Don’t Try Suicide”.  Good advice, and a strange and snappy little bopper to singalong to.  “Don’t try suicide, you’re just going to hate it,” was the line I found strangely amusing as a child.  “Isn’t that obvious?” a nine or ten year old me wondered.

Then there’s a song I first became acquainted with via Guns N’ Roses.  Axl, an unabashed Queen fan, used to do a bit of “Sail Away Sweet Sister” on piano in concert.  In my mind, it doesn’t matter how you first heard a song, as long as you eventually hear it.  The Queen original is a somber ballad sung by Brian May and featuring stunningly beautiful guitar work.  Another winning combo that sounds a bit Kiss-like is the rhythmic “Coming Soon”.   Don’t be surprised that Taylor penned it. 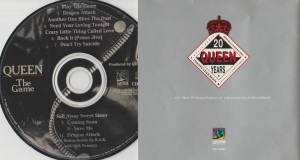 That is a tight ten songs, half of which were singles.  A damn perfect album.  Of course today there are expanded experiences to choose from.

When this album was reissued in 1991 by Hollywood records for their Queen “Twenty-Year Reign” series, they added a remix of “Dragon Attack”, now deleted.  Adding unnecessary loops, samples and raps brings nothing to the song.  Only collectors need seek this out.   Instead, you should search for the 2011 double CD remastered edition.  This one adds five bonus tracks.  “Save Me” and “Dragon Attack” are live, and the liner notes state that “Save Me” from 1981 could be the “ultimate” rendition of that song.  (It certainly is impressive.)  Then there is a first take of “Sail Away Sweet Sister” before all the words were in place.  The most fascinating demo is a spontaneous recording of what would later become “It’s a Beautiful Day”, finished for 1995’s Made in Heaven, the final Queen album.  History buffs will be delighted to discover a B-side written by Roger Taylor called “A Human Body”.  This unusual song is about the doomed Scott expedition to the South Pole in 1912. 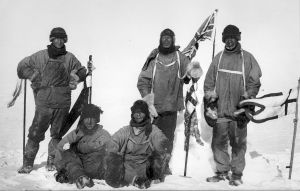 They were talking in whispers,
In bear skins and fur,
Captain Scott and his heroes-to-be,
To have laboured so long,
To have made it this far,
Ooh it’s been such a long ride,
Ooh you know it’s been a long way,
For a human…human…human,
For a human body you see.

Indeed, Robert Falcon Scott was considered a hero of the British Empire, though he was beaten to the pole by Roald Amundsen of Norway and died on the way home.  Scott’s story is a tragedy of human error, ego, Imperialism, and the sheer deadly ability of the south pole to render a man lifeless in minutes.  Taylor’s quirky track does not convey this, and so it remains an odd curiosity.

However you get The Game, you will be delighted by the core 10 tracks.  The 2011 bonus CD is highly recommended.  All hail John Deacon, the boss of the bass. 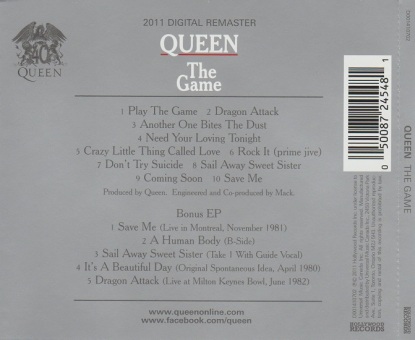 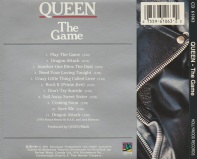 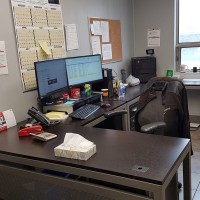 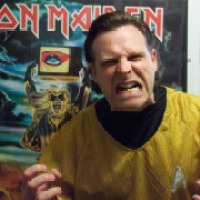 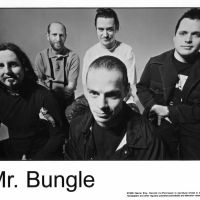 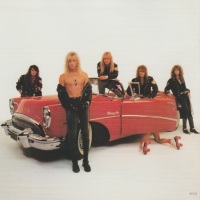 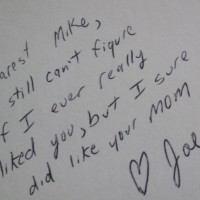 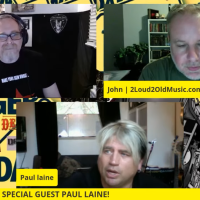 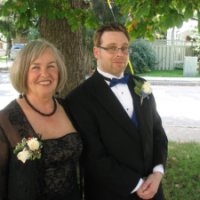