Part 37 of my series of Iron Maiden reviews! 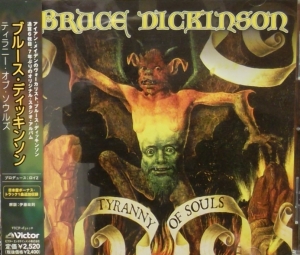 I spoke about this album’s lyrics at length previously in a Record Store Tale called Navigate the Seas of the Sun.  Part of the reason I love this album so much is due to the lyrics.  As good as The Chemical Wedding was, science fiction is much more my speed than is William Blake.  Therefore, given that slight edge, I actually do prefer Tyranny of Souls.  If you’re curious about the lyrics then do please check out that aforementioned Record Store Tale.

Lyrics aside, Bruce Dickinson has had a pretty consistent decade as a solo artist, Maiden notwithstanding. Ever since his Accident Of Birth CD, he’s done nothing but truly excellent heavy metal music. Tyranny Of Souls, however is unique among them: It is Dickinson’s first solo album since rejoining Iron Maiden in 1999. Would anything be different this time? After all, usually when one does a solo album, it is to get ideas of one’s chest that are not appropriate for that band.  Sometimes, that can lead to misguided genre experiments that are pleasing to few but the artist.

Reassuringly, Tyranny Of Souls is not a drastic departure from the music Bruce made on his last solo album, The Chemical Wedding. Tyranny uses that album’s sound as its starting point, but actually grows and progresses as you listen to it.  It starts just as heavy, but then starts to explore light and shade.

“Mars Within” is an instrumental bit that sets up the first song, “Abduction”. It’s one of Bruce’s heaviest, but then he takes it even heavier with “Soul Intruders”. This is metal just as awesome as Bruce’s best work.

Then we get a little anthemic with “Kill Devil Hill”, easily one of the best melodies Bruce has ever written.  The Wright brothers’ first flight is the subject here.  We all know Bruce is a pilot and aviation is a passion of his.  The passion ended up producing one of his best tunes.  Just a great, incredible singalong anthem.  I challenge you to get the chorus out of your head.

“Navigate The Seas Of The Sun” is a Maiden-esque power ballad, it could have fit right in with anything on Dance Of Death.  Every bit as good as “Kill Devil Hill” with thoughtful lyrics to boot.  More awesome songs follow:  another anthem called “The River of No Return”, a fast metal tune called “Power of the Sun”, and the insanely catchy “Devil on a Hog”.  Despite the silly title, this is simply a great groover, a ride you do not want to end.

The dull sludgey “Believil” is the only stumble.  Skip worthy and dumb-titled, I consider this one to be filler.  It’s one of those slow dirgey songs that tries to sound modern and fails. Luckily it’s also short, and it is followed by the monstrous title track, which ends the domestic album on a rather sudden note.  I prefer the way the Japanese CD ends, with the epic power ballad “Eternal”.  Roy Z’s incredible guitar soloing propels this one to the clouds, ending the album on a much more satisfactory note.

Speaking of Mr. Z, he does co-write and produce once again.  The drums are ably played by a chap named David Moreno, who replaced the very talented David Ingraham in Z’s Tribe of Gypsies.  The bass is handled by a couple guys named Ray Burke and Juan Perez.  I miss the recognizable character of Ingraham and original bassist Eddie Casillas, but this album is still strong without them.

Tyranny of Souls is a triumph in many ways.  One is that Bruce managed to make a heavy metal record different from Maiden, but just as good.  Another is that Bruce made an album worthy of his own back catalogue.  Whether you agree with me that it tops Chemical Wedding is not important.  I realize that’s a tall order.  Hopefully, you will agree that Bruce made yet another winner, a staggering string of great records.

And with this under his belt, Maiden returned to the studio refreshed and renewed, ready to take on A Matter of Life and Death… 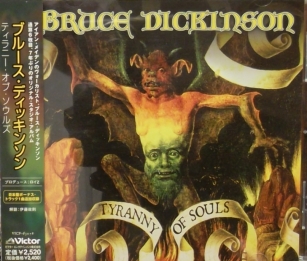 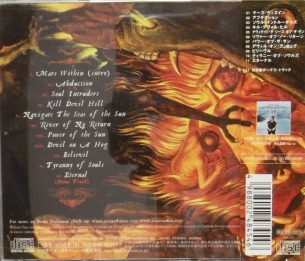 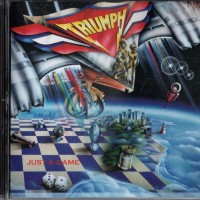 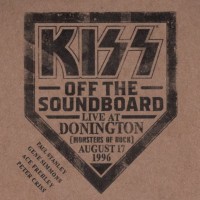 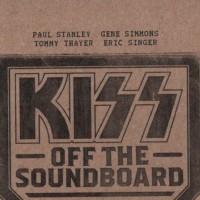 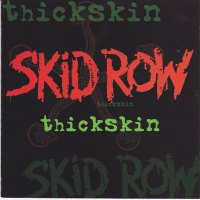