I was really worried about this album. I started reading some of the early bad reviews and was a little shocked as to how much some people hated Nostradamus. Even more worrisome were the mixed reviews, often coming from long-time Priest fans. Many liked it, but they were far from blown away.

I’m strongly in the “like” category with this CD. I get completely why some fans don’t like it. Most of the terrible bad reviews I read came from dyed-in-the-wool metal fans, and yeah, you’re not going to love it if all you eat, breathe, and sleep is metal. I’m not meaning to be condescending here. People who don’t love just metal, but also progressive rock, classical, and even opera, are more likely to love Nostradamus.

The production is OK (self produced this one is), but the drums are oddly buried in the mix. Maybe Scott Travis isn’t even the right drummer to be playing these kind of grooves (plods?), I don’t know. He sure does wail on “Persecution” though, among others. Still, it’s like a weird 80’s drum sound from a Leatherwolf album or something.

KK Downing and Glenn Tipton — awesome as ever.  At least KK went out of Priest on a high note.  He got to stretch his wings out a bit on this, as did Glenn.  There is everything a guitar lover could want on Nostradamus. Lots of natural guitar tones, distortion, crazy riffs and spastic solos, even a bloody flamenco! Mental solos – unbelievable.

Halford — awesome. On some songs he’s really reaching back to his love of opera, no doubt of that. Buddy sings in Italian on one song! Kind of jarring, but it suits the whole epic nature of the music. Yes, there are screams. He’s learned to make the screams more effective by using them sparingly, more strategically. At the same time a lot of fans want to hear him scream at the top of his lungs again, like he did on Painkiller, and I can understand that. Fact is, maybe the guy can’t do it like that anymore. Is that his fault? Of course not. His singing is very much like it was on Angel Of Retribution. Mature’s a good word. I miss the screaming too, but if he can’t do it like he used to, it can’t be helped. It is what it is.

Regarding bassist Ian Hill, I can’t hear the bass guitar, most of the time. I guess that’s kind of expected in Priest, right?  They’re not really known for bass.  Don Airey of Deep Purple played keyboards, and he’s great. As always. Lots of dramatic piano, circa vintage Sad Wings era Priest.  Very different from what he does currently in Deep Purple.

There are also real strings, so don’t fret. Lots of guitar synths as well, but not on a “Turbo Lover” sort of scale. I didn’t find the synth too intrusive for the most part. In a lot of cases the string and synths combined make it sound like a massive Michael Kamen score. You’ll know what I mean when you hear it.  It’s very big and bombastic and some don’t find that kind of string arrangement to their tastes.  Some find it very one-dimensional.  Personally I think it had to be this way on Nostradamus, since the strings need to be heard among the guitars.

This “Deluxe Edition” comes in a nice hardcover book. It’s roughly DVD sized. Very nice package even if you have to slide the CD out of a cardboard sleeve (again!). Worth the extra cash to you? Well, that’s up to you. I’m not sure it’s worth it to me or not, but I bought it, so there you go.

I wonder if Nostradamus will go down as the most controverial Priest album ever?  Even more so than Turbo, Point Of Entry, or Jugulator?  Certainly some of the initial reaction on the usual sites was pretty harsh.  Priest have always been a diverse metal band, and if you love Priest’s entire history including all the nooks and crannies, you’ll love Nostradamus. If you only like British Steel, you are probably going to hate Nostradamus! 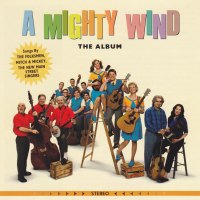