This is, believe it not, Marillion’s 10th Christmas album of 11 total. From 2009 to present, Marillion have issued annual Christmas DVDs (which I do not collect) instead of CDs. Of their 11 Christmas albums, I have physical copies of nine. I am missing the first two, which were later reissued for purchase in mp3 format, and that is all I have in my collection.

(Note: in 2013 they released a new digital Christmas single, “Carol of the Bells”.  This song has since been issued physically on the new “best of” Marillion Christmas CD entitled A Collection of Recycled Gifts which just arrived at LeBrain Headquarters yesterday!)

The reasons I selected Somewhere Elf to review are two: 1) The included Christmas carol is hilarious. 2) The rest of the songs are taken from an invite-only rehearsal performance at Marillion’s headquarters, The Racket Club. The set largely consists of newer songs from Somewhere Else and Marbles.  The CD also contains the annual Christmas message from the band (6:22 long), partly apologizing for the previous year’s “amateurish and shambolic” message!  This soon degenerates into joking, mistakes, re-takes and acoustic Christmas jamming, so obviously the quality level has gone up this year.

Track 2 is the official 2007 Christmas song, “Let It Snow”!  This is a kazoo-laden drunken carol with new lyrics.  “The Aylsebury roads are closed, Let it snow let it snow let it snow!”  Hogarth’s campy vocal isn’t my cup o’ tea, but it’s all clearly for laughs.  They segue into “White Christmas” before returning back to the singalong.

This one made it to one of my annual Christmas CDs that I give out to friends one year.

The live rehearsals might be more interesting to some.  The intimate setting means Marillion play mostly mellow, dramatic songs.  They commence with “The Last Century for Man”, a new song from Somewhere Else.  This is another one of Hogarth’s environmental commentaries, set to a slow dance this time.  An effective song, the seriously bummer lyrics are punctuated with the sarcastic chorus of “So God bless America, I mean it!  God bless the UK, I mean it!”  Elsewhere he says to “Climb into the car, I know that makes you happy.  The sound of your laughter will get you so far.”  Without turning this review into a debate, a song like this is a bit of a slap to the face, a wake up call.  I don’t have a problem with that.  Additionally I think it was one of the better songs from Somewhere Else.

“Afraid of Sunlight” is a song that doesn’t need much rehearsing, but I don’t mind hearing this bombastic ballad again.  One of H-era Marillion’s strongest songs, “Afraid of Sunlight” is a personal favourite of mine due to the quiet verses and explosive, anthemic choruses.   Hogarth is understated, and then wailing in top voice.  Then from 1997’s This Strange Engine is the old concert standby “Estonia”.  I always get a little bored during this long mellow trip, but it does benefit from this intimate setting with just the fortunate few fans.  They applaud politely between songs, contenders for the luckiest people in England at that moment.  A third long slow bomber, the title track from Somewhere Else, is another favourite of mine.  There are some Steve Rothery solos here that rank among his best.  Live, dare I say better?  This dramatic tension-filled song is one of the highlights of their recent career.

The Marbles album is represented by two excellent songs: “Neverland” and “Fantastic Place”.  Much like “Somewhere Else”, “Neverland” is a long dramatic piece with different sections and moods.  It’s not an easy nut to crack, but worth getting to know.  This live version is intense, and again Rothery is the star.  After that much drama, there can’t be much air left in the room, but “Fantastic Place” soars.  It’s a bit of a brighter number, beginning quietly, but culminating with the kind of melodic guitar work that Rothery does best.

A studio version of “Faith” was finally released on Somewhere Else, but the song saw first release on Before First Light, a live DVD from 2003.  It was one of many songs initially written for Marbles, but its lullaby quality did not fit the vibe.  “Feel inside the atoms where the science breaks down,” sings Hogarth on what amounts to a statement on reality, love, the universe and the human experience of it.  In a 4 1/2 minute pop song.  Is it any wonder why the mainstream shies away from these guys?  Too cerebral.

The set closes with “See It Like a Baby”, a rocking upbeat new track that they were hyping at the time.  Here in an acoustic guise, I think I prefer it to the original album version.  It’s a little more special, and the acoustics chime clear inside the walls of the Racket Club.  It’s also the shortest song they played at this very special gig.  I’m glad special shows get commemorated and made available to people in this way.  People who are truly fans got an opportunity to own a CD of a concert that only a handful witnessed, and will probably never be physically issued again.  That’s mana to the collector.  Since this CD was intended as a Christmas gift to the loyal, I rate it: 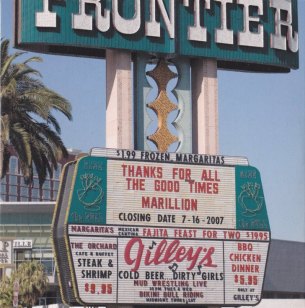 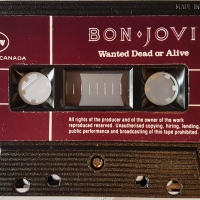