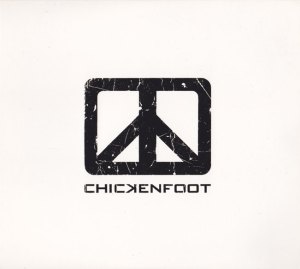 This reissue of the fantastic debut Chickenfoot CD is a decent but imperfect repackage. The music is so good, I can’t stay mad about the double-dip. You can get this cheap if you hunt, so keep that in mind. First let’s talk about the music, before we get into the reissue.

I will go out on a limb and call this the best album Sammy Hagar had made in many years, and better than most (if not any) Van Hagar album. Part of the reason is the performances by this cast of pros (Sammy, Joe Satriani, Michael Anthony, Chad Smith), and part of the reason is solid songwriting. What’s left is youthful energy, which this band of old dudes has plenty of.

The first obvious highlight for me was the glorious return of the Van Hagar harmony vocals. Michael Anthony was responsible for a lot of that in Van Halen, and it was just a joy to hear him harmonizing with Sammy again. Close your eyes and you’d think you’re listening to some lost Halen track circa For Unlawful Carnal Knowledge. Then you recognize those warm Satriani guitar tones and tricks. Finally you hear Chad Smith on the drums, making it all sound easy. This actually sounds like a real band.

Highlights: The single “Oh Yeah”, “Sexy Little Thing”, “Runnin’ Out” (definite sounds like a long lost Halen tune), “My Kinda Girl” (my kinda chorus!), and “Turnin’ Left” (which just grooves).  “Bitten By The Wolf” has this bluesy Satriani-circa-Flying kind of vibe.  There are no weak songs, and nothing which doesn’t fit the direction of this band.  There’s no point going song by song.  Each one features the stellar playing, singing and melody that you would expect for this band of pros.  Satch’s tone is rich, beautiful and perfect.  This is most definitely hard rock.  There’s nothing too wussy about Chickenfoot.  Even the ballad “Learning to Fall” has the integrity of an outtake from Flying in a Blue Dream.  It’s hard not to enjoy something with Joe Satriani on guitar!

“Bitten By The Wolf”, of course, was the original bonus track on the vinyl and download versions of Chickenfoot. Now you can get it on a proper CD with this two-disc reissue. In addition you get an hour long DVD. This disc contains a couple fun music videos, interviews with each guy, and some excellent live stuff. Two things I noticed right away on the live stuff: One, Joe plays a lot more solos. Watching him play is a real treat. I’ve never seen Joe play up close on a DVD before. My God this man’s fingers move fast. Plus he’s entertaining as a showman. Two, Chad Smith is great to watch. On CD he makes it all sound easy. On DVD he makes it all look easy. This tower of a man just locks in and powers through. Awesome to watch. No wonder he is so in-demand with everybody from the Dixie Chicks on down.

Of note:  There are many who do not like this album as much as I.  Craig Fee from 107.5 Dave FM told me that this record was “disappointing, like seeing an all Toronto Maple Leafs NHL All-Star team, standing there in their blue jerseys.”

I only had two disappointments. One, the original CD had no booklet, only a link to download a pdf file. That remains so on this edition. I would have loved a booklet. Two, the original also had this awesome heat-sensitive packaging. The cover was almost entirely black, but when you placed your warm hand on it, pictures of the band members appeared. That packaging is not a part of this edition. Instead, the black has been replaced with white and now you can see the pictures unobscured. Two very small qualms. I still own the original CD and a vinyl copy to boot, so it’s not a big deal to me.

Get your buzz on! 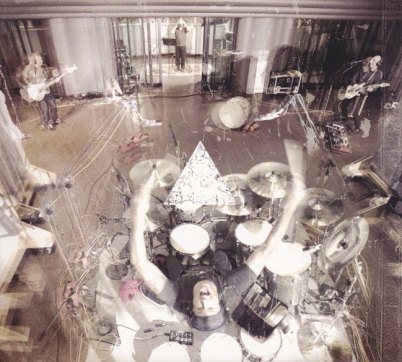 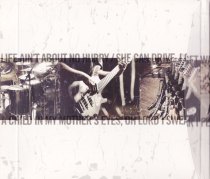 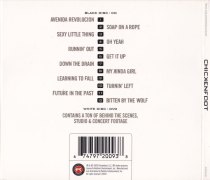 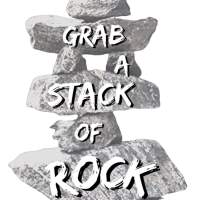 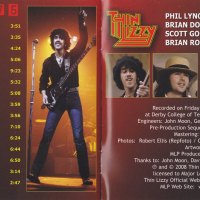 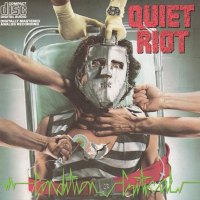 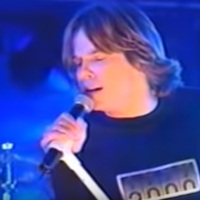