July 1995 was a very complex month, at least for a young 22 year old guy living in Canada, not yet named LeBrain.

The girl I really liked had just broken up with her boyfriend — a guy in our circle of friends named Nick.  Just about everybody in the world knew I had a crush on her.  She dumped him one weekend when I was at the cottage.  My buddy Aaron called me long distance just to tell me!  Nick was a bit of a cock sometimes, but I tried to be reasonably respectful to him.  I thought I should wait three weeks until I made any move.

By mid-July I still hadn’t done anything, although I talked to the girl just about every day.  My 23rd birthday was coming up, and a small group of friends decided to throw a party.  It was a joint birthday party — another girl with the same mutual friends had a birthday the same week as me.  We combined everything into one party, in my parents’ basement.  Aaron was there, my wingman.  He was good at making people laugh, so that was always helpful when I didn’t know what to say around girls.  And of course, the girl I liked was coming too!

We decided on a murder mystery party, and we were supposed to be dressed somewhat in character.  I think I was a race car driver.  Crush-girl dressed as a gypsy.  Oh my God.  I was well on my way to bonertown.  She even did an accent for her character.  Schwing!

One of my friends that came gave me my first copy of Rush’s 2112.  That alone would have made it a memorable birthday.  The most memorable thing to me, however, was the final guest to arrive.

Craig arrived late.  I didn’t know him, not really.  He was there at the invite of the girl who also had a birthday to celebrate.  But I certainly knew of him!  As soon as he came to the door, I recognized him immediately and with total surprise.  Though he was two years older, Craig and I went to the same highschool.  We even hung out in the same circles, although we’d never officially met before.  He was friends with guys like Bob Schipper and Rob Daniels.  In fact, one reason I knew Craig’s face so well was that he was actually on one of the tapes in my VHS Archives!  Back in 1989, Rob Daniels was just beginning his career in broadcasting and media.  He did a public service ad for Rogers cable.  He wrote and directed “One More For the Road”, an anti-drinking and driving ad.  Bob Schipper played the victim.  Craig played the drunk driver.  I had a copy.  I knew every line of dialogue in that ad.  It was actually really well made with a killer soundtrack.  Bon Jovi’s “Bad Medicine” is playing from the car stereo when Bob is struck down in his prime.

Some great acting from Bob

I excitedly greeted Craig at the door and told him of our mutual highschool friends.  He looked exactly the same except for the hair, which was now long and in a ponytail.  He was a short fella, funny and well read.  How cool was it that we happened to have all these connections, and then just run into each other at my own birthday party?

I was having the best time!

As the day wore on and guests began to leave, I was looking forward to spending a little more time with the girl I liked.  The only issue:  Craig didn’t seem to want to leave.  Worse, he was really making conversation with my crush.  A little too much conversation.

I sat there smiling, helplessly thinking of something to do.  I suggested that I wanted to eat, and I think he helped himself to stay for pizza or whatever we ordered.  I didn’t want to be rude.  I was on my best behaviour in front of my crush.  She was a strong independent woman and there was no way I was going to hint that I was jealous.  Inside, I was Hulk-green.

I whispered to Aaron, “Is this guy ever going to leave?”  He shrugged.  He didn’t know what to do either.

Craig clearly didn’t know about or appreciate the hard work I had been laying these last few weeks.  Hell, I was waiting for something to happen with crush girl for months!  I knew she was not going to last with Nick.  She called me to complain about him often enough.  He was too clingy.  I was playing a long game.  I’d been a sympathetic ear a long time.  She flat out told me that if she met me before him, it would have been different.  And Craig was sticking his nose in all my patience!

I know that I said earlier that I was trying to give it time out of respect for the other guy, before I made a move.  I know that sounds contradictory to the idea of a long game I had been playing for months.  It’s not really.  There’s a certain code of conduct you had to respect.  It was all very complex and mathematical.  Having discussed it with Aaron, I was convinced three weeks was the minimum amount of time I had to wait before I asked her on a date.  There was also the small matter of stumbling over my words and not knowing at all how to ask her out.  I had a serious inhibition there, stuttering and fumbling and turning back.

Extreme had a single called “Tragic Comic” that, ironically, I made a cassette tape of for the birthday girl sharing the party with me that exact dame day.  And that song has the line I really identified with:  “I’m a stut-tut-terring p-poet.”

It was dark out before Craig finally left, having failed in his quest to sway my crush his way.  I decided that was to be our first and last meeting!  My day began on such a high, and ended with me tense and frustrated.  We all headed our separate ways, and I went to bed brooding.

Time was up.  She wasn’t going to wait forever.  (In fact, she didn’t — little did I know, she banged some other guy a couple weeks earlier.  I think he rode a motorcycle, or something.  But I didn’t know.)  I finally worked myself up, said something stupid, she said yes, and I danced around the house playing air guitar.

It was so simple in hindsight.  All I had to do was be myself.  She already liked me, pimples and all.  So we dated that summer and it was awesome!  On one of my first lunch dates with my new girl, we were at an outdoor patio in Elora, and that was the first time I ever heard “Sign of the Southern Cross” by Black Sabbath.  Yes, on an outdoor patio on a lunch date in Elora.  Who else can make that claim?  It was a good summer; nay a great summer.  The year I turned 23 will always be burned into my memory.  The birthday I got 2112, and met Craig the attempted-wicked-woman-stealer.  Pretty summer-defining events! 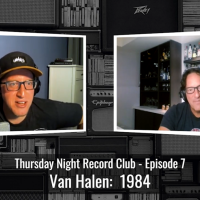 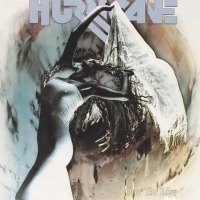