“Forever, carry on!  Turning up the sound and let it roll.  Raise your fist up in the sky!  The spirit of metal will never die!”

Loudness reunited their original lineup in 2000, but little did they know it would not last a full decade.  Drummer Munetaka Higuchi was diagnosed with liver cancer only two months after the release of the 2008 album Metal Mad.  He passed away in November of that year.  Although they had enough drum tracks recorded to make one more record with Higuchi (2009’s The Everlasting), Metal Mad was the last in his lifetime.

Metal Mad is the 21st Loudness studio album, recorded in the midst of a flurry of studio activity, as Loudness never slowed down, and guitarist Akira Takasaki was pounding out solo work on top of it.

One certain thing about Loudness:  just because they reunited the original lineup doesn’t mean they wanted to backtrack musically.  Metal Mad is heavy.  It continues the sonic experimentation that Loudness began in the mid 90s.  Though it does contain one undeniable anthem, this album is a heavy grind of metal styles, all very loud.

The opening instrumental “Fire of Spirit” sets the tone with a heavy riff that could have come from one of Loudness’ thrash contemporaries like Megadeth or Metallica…but with far more weight, and with an absolute master on the drums.  There’s a hint of the St. Anger snare, but it does not persist through the album.  Instead the track fades into the anthem of the album:  “Metal Mad”!

“Metal Mad” is a fast, simple track, but damn does it get the job done!  “Forever! Carry on! Turning up the sound and let it roll. Raise your fist up in the sky! The spirit of metal will never die!”  Custom built for the festival crowds.  Akira takes a couple bananas solos as the perfect icing on this sweet piece of metal cake.

But that’s it for that style of metal on this album.  They thrash through “High Flyer” with singer Minoru Niihara’s voice filtered through distortion.  Then it’s a hint of rap metal on the very aggressive “Spellbound #9”.  Funny thing is, Minoru can pull it off.  This is heavy stuff, certainly strong enough to compete with the big name heavy bands that Loudness inspired in the first place.  “Crimson Paradox” takes on groove metal, with a touch of exotic guitar added for spice. 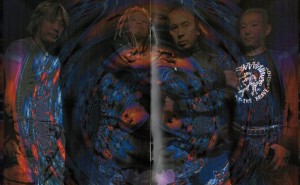 The metal is heavy on “Black and White”, but with lyrics like “bullshit bullshit”, it’s a little too much of the “nu” variety.  Same with the droning guitar and vocal of “Whatsoever”, though the melodic chorus isn’t bad.  “Call of the Reaper” takes things back to centre with a riff similar to “Be Quick Or Be Dead” by Iron Maiden, but within a song that goes in a different direction.  Mental solos!  “Can’t Find My Way” starts promisingly, with quiet experimental guitars, and focuses strongly on vocal melody despite the heavy riffing going on.  In fact the only thing wrong with it is one particular riff that too strongly resembles (ugh) “Loch Ness” by Judas Priest.

The end of the album is heralded by two interesting final tracks, “Gravity” and “Transformation”, both experimental with grooves and great guitar work.  Akira uses so many different tones on this album, often within the same song.  “Gravity” is guitar player nirvana, while “Transformation” even goes a little funky.

Metal Mad ain’t bad.  Its strength is the musicianship.  Metal Mad has the title track going for it, but not a lot of actual memorable songs besides that.  By focusing so much on being heavy, it loses distinction between the songs. 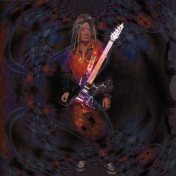 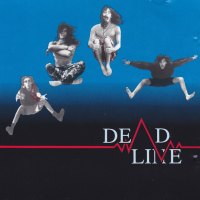