With a new CD in hand, Kitchener rock band Hello Hopeless introduced the Boathouse to a fistful of new songs in a velvet glove of rock.

Hello Hopeless tick several boxes:  1) Great stage presence and stage-worthy rapport.  2) Strong original songs.  3)  Great vocalists.  4) Musical chops.  5) A clear love of what they do.  With a Toronto gig on the horizon, the band are ready for the next jump.

Standout tracks included “Hurricane”, “The Match”, and acoustic ballad “Broke”.  It was the first time “Broke” was played live, and its rawness was appealing.  Singer Garrett Thomson poured everything into it, and it paid off.  The set was otherwise upbeat, fast and fully electric.  The band played a couple covers:  “Mr. Brightside” by the Killers and “She’s Out of Her Mind” by Blink 182.  Remarkably, their originals were much better than their covers. 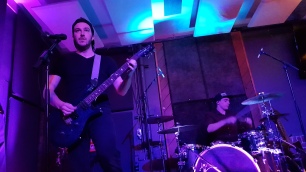 Opening acts were Another Crush (Hamilton), Pioneer Anomaly (Toronto) and Antisocial Surf Club (Kitchener).  Pioneer Anomaly suffered technical issues, including a downed mike stand during the first song.  Fortunately a hero emerged from the audience as Max the Axe (he’s kind of a big deal) ran to the stage to fix the microphone so the band could finish the song!  Max the Axe has earned the honorific title “Max the Roadie”.  Max will be playing at the Boathouse next week, December 8, for his own CD release.  Antisocial Surf Club were notable for a few catchy originals and covers though clearly aimed at a younger crowd than Max and I. 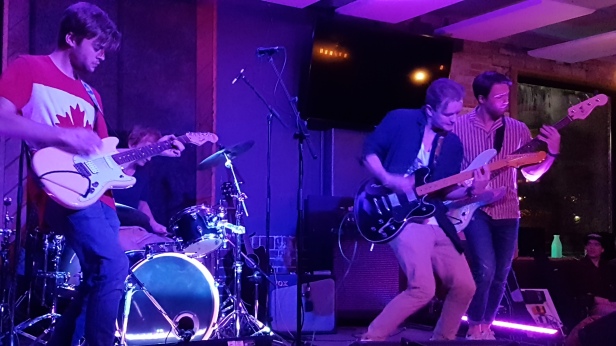 If Hello Hopeless come to your town, see them.  If they keep playing gigs like this and writing quality originals, you will be hearing about them one way or the other.