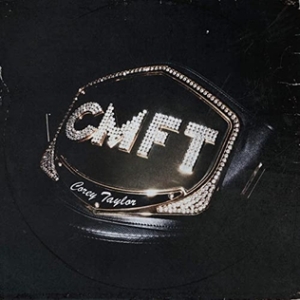 I’ve never particularly cared for Slipknot and I don’t own any Stone Sour.  However I’ve been aware of Corey Taylor since 2014’s Dio tribute, and “Rainbow in the Dark”.  That side of Taylor landed right in my ballpark.  So did his solo single “Black Eyes Blue”.

“Why not spend some dollars and get his album, see what he’s up to?” I said to myself.

“Oh wait,” and a pause.  “I need to know if there are any bonus tracks so I can buy the most complete version,” replied my Obsessive Compulsive Disorder.  Some typing.  C-D-J-A-P-A-N into the search engine, a short wait and — confirmed.  “Black Eyes Blue”, acoustic bonus track.  In stock.

“It’s only money,” said the idiot in the middle of a pandemic.

A few weeks later, a Japanese CD of Corey Taylor’s solo debut CMFT , bejewelled wresting belt on the cover, had hit Canadian shores and was on its way to my post box. 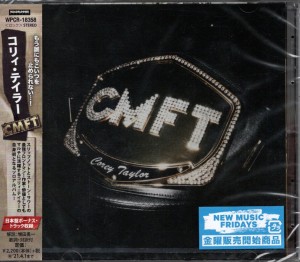 The scene is set when the laser blasts aluminium.  A southern rockabilly vibe on “HWY 666” takes us on a heavy car trip in the forbidden zone.  This is what Nickelback was wishing they did with “The Devil Went Down to Georgia”.

The big single is in the welcoming second slot.  It’s hard to describe “Black Eyes Blue”, except that the beat swings in a danceable way while the chorus delivers big hooks.  Just like a classic Bon Jovi rocker, a guitar solo blasts out Sambora-like with a complimentary hook.  It’s all over but the crashing chords in just over three minutes.  Picture yourself on the highway going on at a good clip with the windows down, but the music blasting louder than the wind.  Classic in the making.

Taylor goes for a punky hard rock vibe on the next one, “Samantha’s Gone”, just a blast in a pickup truck on a dusty highway.  “We all got nothin’ to lose because the cash is gone,” goes the the thick chorus.  Some bright blasts of mean guitar melodicism keeps the hooks-a-flowin’ like booze.  It goes full-on punk rock with “Meine Lux”, but still in southern territory.  Filler perhaps; fortunately “Halfway Down” has a broader appeal.  It’s from the same Sonic Temple that the Cult built in 1989.  Straight-ahead hard rock with fat trimmed and bone-in.

Corey opens and lets sentiment out on the sixth number, a dark exploration called “Silverfish”.  It’s a big ballad that sounds akin to some of the radio staples of the early 90s, but the surprising next twist is a splash of nice acoustic on “Kansas”.  This bright pop rocker recalls the big sounds of the Goo Doo Dolls on some of their biggest albums.  Clearly, Corey Taylor is dialled into the pop side of his music collection on this album.

Suddenly, like the car has hit the brakes to save a scared animal’s life, the tone changes and you’ve got whiplash.  “Culture Head” gets topical and aggressive.  It’s detuned and pissed off.   The speed picks up on a tangent with “Everybody Dies on My Birthday” which recalls the drum stylings of Matt Sorum.  The metal is strong with this one, as are the “We are!” singalong vocals. 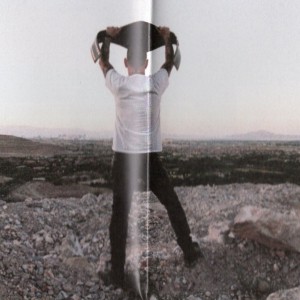 The car you’re driving pulls into a diner on the roadside, and that’s “The Maria Fire”.  There’s a local band with a southern twang playing electric guitars.  Though the band is hot and the guitarist is smoking the fretboard, this is rough place and the tension feels like a fight could break at any moment.  Time to go “Home”.

“Home” is a beautiful piano piece, just Corey and keys.  The heartfelt tone and vocals could have been a perfect ending to the album here.  It’s one of those moments that maybe should be left as-is, and just walk away.  Instead we’re treated to the rap-rock closer “CMFT Must Be Stopped”.  Not my kind of thing, but I’m not Corey’s core audience and admittedly it’s fun to bop along to.  Listen for some cool percussion stuff in the background.  I’m oblivious to his guest rappers Tech N9ne and Kid Bookie; one of them has a very cool speed rap flow.  This is the point at which I roll up the windows of the car because I don’t wanna look like Michael Bolton in the movie Office Space.  This goes into a hardcore Anthrax-like thrash punk rocker “European Tour Bus Bathroom Song” which ends the album on an unnecessary jokey note.

It turns out that, though financially stupid, my choice of buying the Japanese version of the album was the correct one.  They end with the acoustic live version of “Black Eyes Blues”, a sparse version that leaves you feeling refreshed when the album’s over.

You know what lane I’m in musically, and where Corey Taylor comes from.  You can divine from this review whether you will like the album or not.  I think there’s a good chance that many of you would like most of it, but few would love it all.  Certainly not a bad investment since songs like “Black Eyes Blues”, “Samantha’s Gone”, “Everybody Dies on My Birthday” and “Home” have potential to stick around in your head for years. 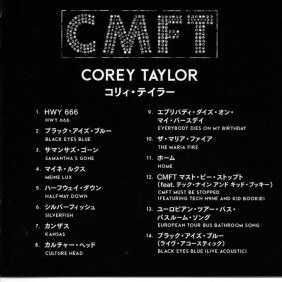 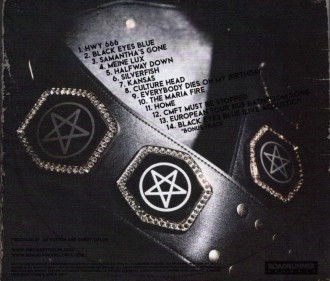 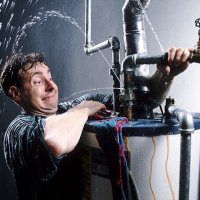 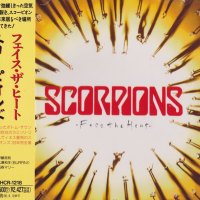 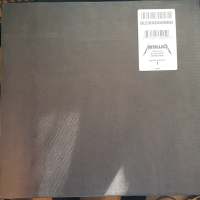 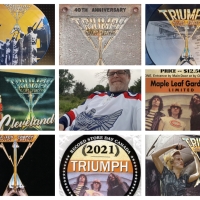