When I talked to Eddie Jackson back in 2001, for the release of Live Evolution, he gave me so much material that 80% of this has never been seen before!

I had so much material that I had to break it up into four parts!  In case you missed them:

Part III is below.  Stay tuned for the fourth and final part!

Picking up where we left off:  Discussing unused song ideas.

Q – Who remembers these ideas when it comes down to jamming for a new album?  Is it something that you’d dig up on old tapes, or you just say, “Remember this old bit?” and you play it?

E – Stuff like that just happens.  What we normally try to do is just create something fresh.  But it’s always fun to go back and take a listen to something that you’ve worked with in the past, on the last release or the release before.  Because there’s always some ideas there that you can possibly use.

Q – There’s certainly enough stuff out there to collect with the Japanese bonus tracks and stuff.

E – Yeah, I mean, Promised Land had “Chasing Blue Skies”.  That was on the Promised Land CD that was released in Japan.  [note: it was actually Hear In The Now Frontier that had that song]  And it also had “Someone Else?” but with the full band version.

Q – And some of those made it on to the Greatest Hits.

Q – What about solo projects?  Have you ever pondered that?

E – Oh yeah, oh yeah.  I mean, Geoff ‘s [Tate, vocals] working on a little solo project for himself.  Scotty [Rockenfield, drums] and Kelly put together something.  Michael’s kinda working on that.  I’ve always wanted to do something like that, kind of like step away from Queensryche for the day and then do something on my own.  I’m always coming up with ideas and I eventually would like to put something together like that.

Q – Do you have any ideas for a direction?  Obviously it would have to be different from Queensryche.

E – Yeah, you know, my listening taste of music is so eclectic.  It’s like from Abba to Zappa.  I love pop rock, I love hard rock, I love jazz.  I think one of the last albums that I actually bought was the Rob Zombie Hellbilly Deluxe.  That was one of the last albums, I mean it grew on me like fungus!  It’s just got some angst and attitude.  Stylistically that would be a fun little approach.  You never know, it’s always up in the air when that time comes.  You could always think about, “Alright, this is a direction I’d like to approach,” but when that day comes,  you could always have a different idea.

Q – One thing you notice when you listen to the new live album, is from about Empire onwards, there are a lot of strong grooves happening, especially on Q2K.  A lot of the older stuff is faster, more riff-oriented.  Which of the two do you prefer to play live?

Q – Just which style of songs do you prefer, the faster or the groovier?

E – Oh jeez I’ll play anything!  I’m serious!  I mean I love a lot of the groove.  Yeah, I mean, heck, I’ll play just about anything, just about any type of a groove, you know.  I mean that’s what makes it interesting.  You got a band like AC/DC.  They are one of the few bands that can get away with writing 3 chord progression songs with the same 4/4 beat and still create something that’s very good!  But they’re one of the few bands that can get away with that.  I dunno what it is about them. Sure, there’s other bands that might have released one album, and then a next one and it’s kind of similar, might have a lot of the same grooves and stuff…sometimes it doesn’t work for them.  I’m always into the idea of creating something different.  But you can only go so far because everything’s pretty much been done, I feel.  I think you have to continue to be creative with what you have to work with.  You know, you’re obviously gonna hear a song that’s gonna sound like somebody else.  There’s something about that song, you know, “God, that chorus sounds just like band that was out in the 80’s,” or “that intro sounds just like this band that just came out last year,” you know.  What can you do?  You try to be creative. It’s really difficult to be original anymore.  Especially now.  I dunno, there’s a lot of musicians out there that are very talented, and there’s a lot of bands that have been very successful doing what they’re doing.  You just have to credit them with their talents and whatnot.  It’s tough to be extremely original nowadays.

Q – You notice a lot of bands today resorting to electronic sounds to make something new.  Moby, or whoever.  Do you ever see Queensryche experimenting with something like that?

Q – Yeah, I guess on Rage For Order you guys experimented a lot with electronic sounds.

E – Oh yeah, I mean we actually created some of those sounds ourselves!  Yeah, you know at the very end of “Walk In The Shadows”?  That big ambient reverberated sound?  At the very end, “Walk in the shadows…walk with me!  POW!”  That’s a door slamming in a parking garage!

E – Exactly!  Nobody else knows that unless you’ve been told about it.  That’s why that album to me is the most memorable one.  We ended up putting something together, like I was explaining to you in regards to coming up with our own sound.  Our own little ideas.  I don’t know what triggered us into doing that, but I think we were just trying to pull out all the stops when it came to producing the album.  For the production side.

Q – I find that album, even though sonically they’re nothing alike, to be akin to Promised Land just for sonic experimentation.

E – Oh yeah!  From banging on top of these big garbage cans…  What else did we do?

Q – There’s some really neat electronic vocal effects on Geoff’s voice on “Damaged”.  “The broken parts, of my machinery…”  And then it sounds like an electronic overload or something.

E – And believe it or not, those were effects that I don’t think we could ever do again.  Seriously, because…”Well, that was cool, did you record it?”  He goes, “Yeah.”  “Well let’s try it again!”  And we could not recreate that!  It was weird!  So again it was like one of those one-offs.  That’s why the tape is always rolling because you never know what you can come up with, and you can use.

E – I’ll tinker around with a little bit of keyboard, a little guitar here.  I’ll tell you what I really love the most, it’s really kinda rivaling playing bass.  It’s singing.

E – Yeah, I love singing!  And I’ve noticed since Chris has left, I’ve had to cover a lot of his parts, and I’m telling you they’re up there sometimes.  But still, it’s something that you don’t really think about.  Through all these tours that we’ve been performing on, I’ve never realized how much he actually sang.  Because you’re so busy playing your bass and singing your parts.  But you’re aware that he’s singing his parts too, but since I’ve covered his vocal parts…gee whiz!  I’m like, holy cow, I’ve gotta sit down and remember all this!  But yeah, it’s pretty interesting you know, but I just can’t believe how much he actually sang.

Q – I notice the Q2K material…it’s funny that you say you’re singing more, but I think the live versions have stronger harmonies.  Do you hear that as well?

Q – I just thought they stuck out a bit and I thought, “Hmm, well somebody’s singing more!”

E – Yeah, well, that’s Kelly and I.  And for the fact that I love singing, I have no complaints with what was thrown at me with regard to all the backing vocals and whatnot.  I mean heck, I’ll sing anything.

Q – Do you see yourself singing lead on a Queensryche song?  I think Chris sang a lead on Hear In The Now.

E – You know, I don’t know.  That’s never crossed my mind, but again you just never know!  With Queensryche, heck, you just never know, we’re always branching off into some sort of new territory whether it’s sonically speaking, producing, writing or whatever.  I guess at times you could say it’s a conscious effort, but there’s times where you know, you’re aware, and you just try to create something for that moment.  At least for myself, I don’t normally like to look back and listen to what we’ve done in the past.  Because then you start getting influenced by it, you know?  And there’s gonna be ideas that might sound like something in the past.  There’s nothing wrong with that, but…

Q – But when an interviewer asks you, “Hey do you remember that electronic part in Damaged” and you haven’t heard the album in 5 or 6 years…!

E – Believe it or not, you’ll be surprised, especially when you hear a lot of these songs that we had recording for this Live Evolution, it’s amazing how much more you remember.  When you play “London”, or “Screaming In Digital”, or “Suite: Sister Mary”.  All of a sudden you just start reminiscing, and you just start thinking back at the time when it was recorded.  I mean we were in Philadelphia, Rage For Order we were up in Canada…

Q – Where were you in Canada?

E – Up in Mushroom Studios, was it?  Up in Vancouver?  We’ve recorded in many studios.  We recorded in that one, was it in Montreal?

Q – Yeah I read about that, in the dead of winter.

Q – I think the most interesting location you’ve recorded in was the cottage for Promised Land.

E – Oh geez, talk about tranquility and isolated!  It was this small little island up north up by the San Juan Islands.  Yeah, you’re right.  We got away from everybody.  Fortunately it was only like a 3, 4 hour drive, but still, just within those 3 or 4 hours you go from a live environment to a very tranquil and quiet environment.  There were times at night when we would take a break, we were recording until 12, or 3 in the morning, however long it took us to record whichever song.  But we’d be taking a break outside and you can hear the whales!  It was pretty wild.  There was a couple of little wildcats out there.  We definitely didn’t leave any food outside!

Q – I think it’s safe to say that the environment must have impacted on the sound of that album.  It sounds like it was recorded in a cottage, in the woods.

E – Well, there was this doctor, and I can’t remember his name, but he owned this cabin.  It was actually sort of a…not a bed and breakfast, but like a summer retreat sort of thing.  He would hire the cabin out for people that would wanna head out to San Juans and stay there for the weekend, or for the week, or for the two weeks, or  month, whatever.  So what we did is we just basically told him, “Listen, we’re a band…” And that right there obviously…”Wait a sec!  Before you even continue!”  That kinda scared him a bit.  But no no, we’re not type kind of a band.  We respect our environment we don’t start thrashing things for no apparent reason.  But if the shitter stopped working in the middle of the night, then you’re going to hear from us!  We kind of worked out a deal, and we were there for a few months, and we ended up just hiring out…we moved in to both units.  So it was a massive cabin, it was pretty cool.  We were just living and breathing that album there. 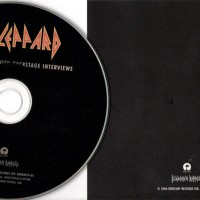 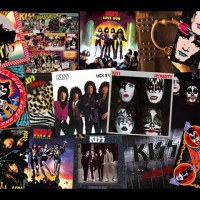 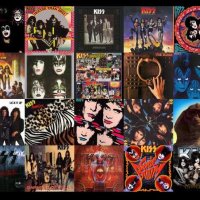 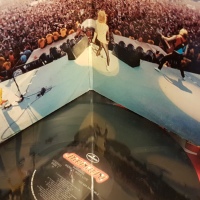 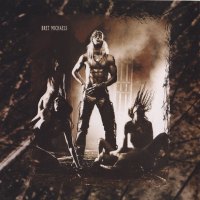 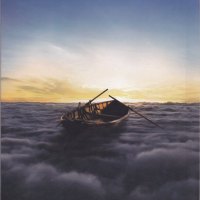 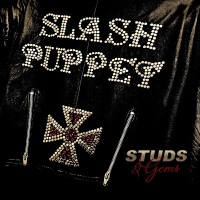