Second review from Mike and Aaron Go to Toronto…Again!  I paid $2.99 for this CD at Sonic Boom.  A steal.

From the information above, you already know several things: 1. Platypus is a supergroup. 2. This is going to have plenty of incendiary playing on it. 3. It’s gonna be progressive. Much like their first album (this is their second), it’s also gonna be fun!

If you’re a fan of any of these guys, you will love to hear them in this band’s context. There are plenty of King’s X-isms, but the personalities of the players have their own influences. Nobody plays drums like Rod Morgenstein, and I always enjoy the chance to hear him work.

The opening track, “Oh God” is quite heavy, with quieter keyboard moments. The track has some serious weight to it. Ty of course is a melodic singer, so that balances it. It’s just one of several standout tracks.  “Better Left Unsaid” has a pleasant aura, similar to Faith Hope Love-era King’s X, but with Sherinian’s keyboards lending a completely different sound. Myung doesn’t play bass like Dug Pinnick does, but he does create a thick sound. Morgenstein’s drums have marching band precision. 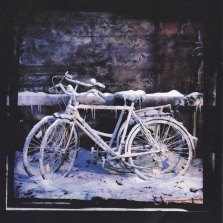 The heavy melody-driven “The Tower” really gets the engine running during the chorus. The verses lack a bit, but that chorus section is furious, as is the guitar solo. The piano tinkle of “Cry” has a moment that is playfully lifted from Alice Cooper’s “I Love the Dead”, but the chorus is like Alice In Chains! This is a complex track, not instantly likable. Give it some time to sink in. Morgenstein, once again, leaves jaws on the floor.

My favourite tracks are two: the brief “I Need You”, which has the lush Tabor vocals that we know and love.  This track is probably the most like King’s X, coincidentally.  Then there’s the smoking hot “25” with its Dream Theater keys and Zeppelin guitars.  There’s also a Rush riff in there somewhere.  This is one of only two instrumentals on the album, but it sure is a corker!  Just stunning.

The final track can only be called an epic.  “Partial to the Bean (A Tragic American Quintology)” is a instrumental that goes all over the board, in seven parts.  If you’ve heard instrumental epics by these players before then I’m sure you know what you’re up against.  A challenging but rewarding listen.

That can be said for the album in general.  It’s a rewarding listen that will, at times, challenge you.  I like that. 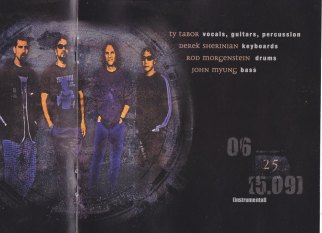