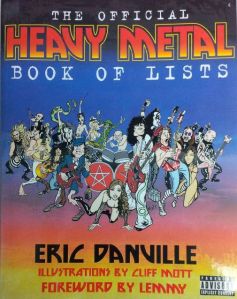 “Official”?  How the hell does anyone claim to publish an “official” heavy metal book of lists?  Maybe by getting Lemmy Kilmister to write your forward, perhaps?  That will do for a start.  Using the KISS font and putting a great illustration on your front cover always go a long way to looking “official”.  That “parental advisory” stamp in the corner is the final touch.

This book is tremendous fun.  I generally don’t go for “list” books.  Mrs. LeBrain bought this book for Christmas one year, because she thought it looked cool.  Always grateful, I gave it a shot.  You will always have your own favourites to add to any list, but this book isn’t really like that.

These lists are far more entertaining, interesting, and page-turning than “top 10” this or that.  For example:

The book is rounded out by fun caricatures by Cliff Mott. He makes it pretty easy to identify the rock stars he’s depicting.  Lemmy kind of looks like Lemmy no matter how you draw him. 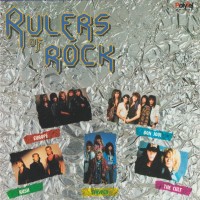