Every workplace has its nicknames. At my current job one of my nicknames is “Ernie” (as in Bert & Ernie, another guy is Bert). Another one is “Hermey” due to a perceived resemblance to one of Santa’s elves in Rudolph the Red Nosed Reindeer.  My most well known nickname is of course LeBrain, which originated on the radio.  I solved one of Craig Fee’s 4 O’clock 4-Play on Dave FM in record time.  Craig said, “Check out the brain on Mike Ladano! Mike ‘LeBrain’!”  The name stuck.

Here is a second selection of favourite nicknames from the Record Store days and beyond!

*Saving this for its own installment. 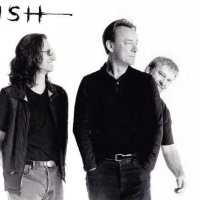