What an odd album this is, considering where the Scorpions went a decade later. Young kids from West Germany finding their musical feet, Scorpions seemed to be a psychedelic band at the start. Their major asset was the 17 year old guitar prodigy Michael Schenker. Throughout Lonesome Crow, it is Schenker’s sparing solos that hint that Scorpions may in fact be a rock band. Throwing down the wah-wah hard, Schenker hadn’t found his direction yet either, but the talent was clear.

Also obviously gifted was 24 year old singer Klaus Meine. Although his thick accent probably didn’t help gaining international appeal, he sure could wail. The one single scream on opening track “I’m Going Mad” revealed that perhaps there was a rock star here in cocoon form.

Some fans have developed great love for Lonesome Crow over the years. When I first found the album in 1990 (a cassette reissue at a Zellers store), I thought at the time that it was perhaps the worst album I had ever bought. My stance has softened considerably over the years, as I’ve managed to penetrate its foggy haze. I have friends who have offered great praise to Lonesome Crow after ingesting certain intoxicants.

There are indeed some stellar musical moments. The song “Action” for example boats a jazzy walking bassline and some stellar playing. Bassist Lothar Heimberg only ever appeared on this one Scorpions album, and the bass is one of the biggest noticeable differences to later Scorpions records. You just don’t hear busy, walking basslines like this on the rest of their catalogue. Drummer Wolfgang Dziony (also on his only Scorpions album) accompanies him appropriately.

Klaus should grow this beard back.

The factor that makes Lonesome Crow difficult to penetrate is the tendency towards long, meandering (often directionless) psychedelic rock jams. “I’m Going Mad” (though it has no vocals for almost 2 1/2 minutes) is pretty instant, and “In Search of the Peace of Mind” has its moments too. Other songs like “Inheritance” are head-scratchers. One of the most interesting (but also difficult to penetrate) songs is the 13 minute title track. I’m sure a more seasoned band could have trimmed the fat a bit. In general, the album has several flashes of brilliance, but you have to slog through long meandering slow jams to get there.  Producer Conny Plank, he of many Krautrock releases, allows the Scorpions to run wild with their imaginations.

Lonesome Crow isn’t a bad album. One reason it’s unlike other Scorpions records is that they broke up shortly after. When a new Scorpions formed, the only members remaining from this album were Klaus and rhythm guitarist Rudolph Schenker. Michael Schenker was noticed by UFO, who snagged him from the fledgling Scorpions. When the band folded, Klaus and Rudolph joined Dawn Road featuring another smokingly talented guitarist named Uli Jon Roth. Dawn Road was then renamed Scorpions, and together the new lineup began embarking on a harder rock and roll journey. With Roth’s help, and a growing songwriting duo of Klaus and Rudolph, great things were ahead. 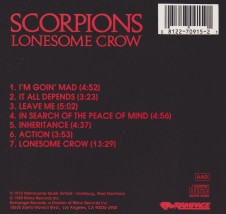 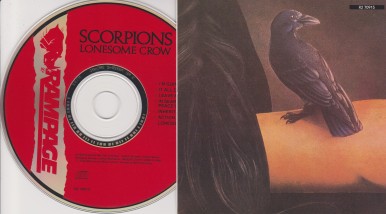 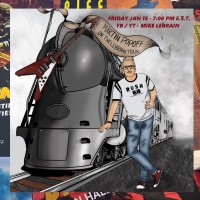 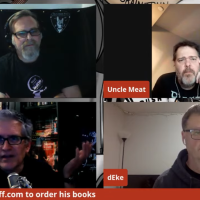 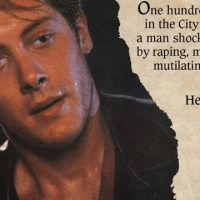 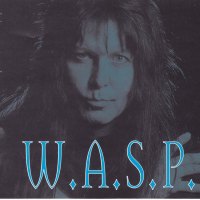 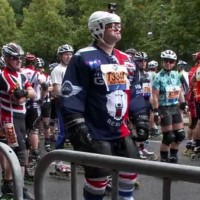 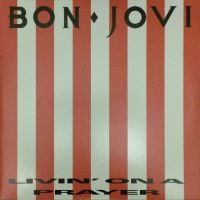