I know what you’re thinking.  “Styx re-recordings?  Why the  hell do I need those?”

You don’t.  That’s why they added a new song (“Difference in the World”) exclusive to this set.

Initially, the EP Regeneration Volume I was sold exclusively online and at Styx concerts, but it was reissued with Volume II to regular retail as a double CD set.  Volume II has its own exclusives, which will be discussed in a separate review.  Aside from the cleaner sound, the most obvious difference is the more modern drumming by Todd Sucherman.  Original drummer John Panozzo had his own style and the difference is obvious.  That’s neither good nor bad; just an observation.

“Difference in the World” is a melancholy but good song.  Styx have a lot of good songs.  Tommy Shaw wrote another one.  There you go.

“The Grand Illusion” features singer Lawrence Gowan on an old Dennis DeYoung classic.  Considering how long Gowan has been with Styx now (almost 20 years!), it is justifiable to re-record old songs with him on a low-key release such as this.  It’s harder to justify Tommy Shaw’s “Sing For the Day” and “Fooling Yourself” which are damn near note-for-note accurate to the originals.  Tommy’s orchestral re-imaginings on his solo live album Sing For the Day! are a lot more interesting.  The biggest difference are Gowan’s backing vocals.  Put these versions in a Styx shuffle and they won’t be too obtrusive.

James Young takes the lead on “Lorelei”.  Of the re-recordings, “Lorelei” is clearly the best.  Dennis DeYoung sang the original, but James sings it live today since he’s the co-writer.  Doing a studio version with James is more than justified.   “Crystal Ball” is still as epic as it ever was, but has more edge with modern production.  The guitar solo is to die for.

What about “Come Sail Away”?  Unnecessary and perhaps detrimental to this EP.  Doing it live without Dennis is one thing.  It’s not a song you want to leave a Styx concert without hearing.  Gowan’s fine, but redoing this one in the studio can never live up to the original in any way, and you’re digging your own hole by even trying.  Magic cannot be recreated, only imitated. 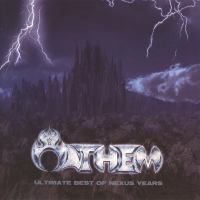 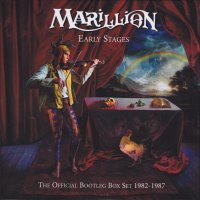