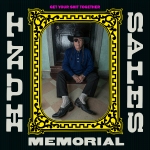 Hunt Sales Memorial – Get Your Shit Together
Hunt Sales is quite an interesting fella.  He has played with Todd Rundgren, Charlie Sexton, Iggy Pop and David Bowie.  He was integral to Iggy Pop’s Lust For Life; so much so, that David Bowie asked him to be involved in Tin Machine. This, though, is his frst solo album.  It’s urgent, visceral and full of swagger – you’ll find rock n’ roll, soul, blues, punk, and truth in every groove of songs about life, addiction, relationships, and self reflection. Probably one of the best albums released this decade if you ask me.

The Claypool Lennon Dilerium – South of Reality
Better than the first album? I dunno, but Les Claypool and his pal Sean Lennon are exploring their version of this universe a bit further on their second album. Like the previous efforts, their sounds illuminate their surroundings. Absolutely exceptionally played and produced. Loads to get lost in and repeated listens really do reveal so much.

Mark Lanegan Band – Somebody’s Knocking
It’s hard to believe that this is Lanegan’s 5th album in 7 years (not counting collaborations with his cosmic soul brother Duke Garwood). While not as immedietely great as Blues Funeral, Somebody Knocking has grown on me quite a bit and it’s definitely worth sticking with.  Not just some of Lanegan’s best Lanegan Band moments, but some his best non-Lanegan Band moments too. 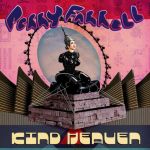 Perry Farrell – Kind Heaven
Say what you will about Perry Farrell, but he always aims his rocket ship at the moon and, whether he lands on there or not doesn’t really matter.  He’s fully committed.  If he ends up playing among the stars he’s in good company.  He glows when he talks about humans and the Universe and he gets to do that here.  Kind Heaven is, I guess, an extension of Satellite Party, with it evolving into The Kind Heaven Orchestra.  While Extreme’s Nuno left the fold of that band due to how it was evolving with Perry’s wife, here she’s celebrating and celebrated.  There may be no Nuno, but the support cast is exceptional. 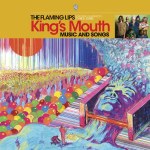 The Flaming Lips – King’s Mouth
Released earlier in the year, King’s Mouth is a joyous return for Coyne & Co on the soundtrack for Coyne’s book and art installation.  The concept is rather brilliantly bonkers – there’s a giant King, folks love him, he dies, they cut off his head and carry it through the streets, preserve it in steel and, cause there’s all these swirling storms of psychedelic colours and suchlike inside his head, eh, people climb inside his mouth and watch. That’s narrated by Mick Jones, too.  Yeah, that Mick Jones.  Anyhoo, the songs are really rather brilliant, with “The Sparrow”, “All for the Life of the City”, “Feedaloodum Beedle Dot”  particularly being examples of The Flaming Lips at their best. 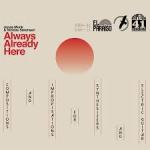 Jonas Munk & Nicklas Sorensen – Always Already Here
Sorensen’s Solo was one of my favourite albums of the last few years and it’s been a regular listen until this collaborative effort took over.  Sorensen’s trademark intricate and complex guitar tracking weaves with some subtle synth to create this beautifully melodic hypnotic 5 track long player. 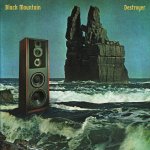 Black Mountain – Destroyer
Not much to say about it’s inclusion here.  Right good slabs of Sabbath riffage with some synth shenanigans thrown in for good measure. I dig. Big time. 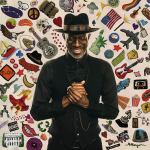 Keb Mo’ – Oklahoma
I’ve never really listened to Keb Mo’, but this one grabbed my attention and I thought I’d jump in.  It’s exceptional and there are strong collaborations on there. It’s a powerful album with strong messages and, hopefully, the kind that can inspire positive moments for those who delve in to its 10 songs, as he shines a spotlight on the environment, immigration, and mental health. 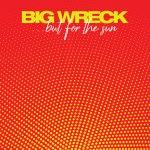 Big Wreck – …but for the sun
Well, this was unexpected. I can’t say I’d ever really paid much attention to Big Wreck prior to this release, but my pal SuperDekes gave this one a glowing report and I figured I’d check it out.  I’m glad I did.  It’s full of great riffs, big choruses and great hooks.  Plus, that Thornley guy has got the vocal chops to carry the tunes.  It left me wondering why no-one told me about these guys sooner. 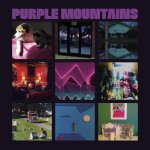 Purple Mountains – Purple Mountains
After a 10 year absence David Berman was back with new music. The album is a remarkable and a weighty one that dealt with Berman’s struggles (including losing his mother and the separation from his wife), but he retains his wit and charm despite laying himself so bare. 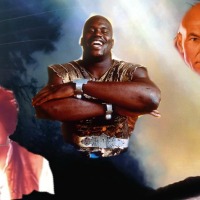 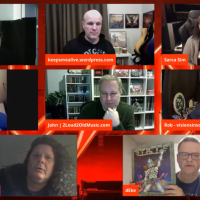