My mom used to teach ceramics classes in the basement.  Our basement was split into two rooms — a finished rec room, and an unfinished work space.  There were craft tables and chairs and I liked to use it for building model cars and airplanes.  My mom had a kiln in there for her classes and everything.  On Saturday morning were the “kid classes” when my sister and her friends would paint ceramic teddy bears and balloons and God knows what else.  During the week, the neighbourhood adults and other friends came over to create.

The “rec room” area was more for us.  That’s where the big TV and VCR were.  That’s where I watched, recorded, and re-watched my Pepsi Power Hours.  Naturally the two adjacent areas sometimes clashed.  I had to “turn it down” from time to time.

I generally tried to avoid other people especially when they were close to my space.  We didn’t cross paths much, but on Power Hour days, I would race home from school and be waiting in the basement to hit record, as all the ceramic students were filing out.

I’m territorial but not confrontational.  More passive aggressive.  I know my mom had these hardcore Catholic friends across the street.  I couldn’t stand them.  They wouldn’t let their kids play with GI Joes, because they carried guns.  Yet they were allowed to play with Transformers, because the kids were smart enough not to tell mom and dad they carried guns.  They used to come to the ceramic classes and having them near my precious personal space irritated me more than anything else.  “Hate” is a strong word, but I really disliked them.  I knew they hated heavy metal music (the parents at least).  And I know in my passive aggressive way, I liked to leave my heavy metal stuff visibly on display in my space.

Rock and roll is about defiance, isn’t it?  It was very rock and roll of me to leave albums and magazines down there for them to see.

I loved buying new magazines all the time, and not just rock.  Sometimes it was WWF Magazine, and occasionally I’d buy something like Starlog.  The rock rags were the backbone of my collection, but every once in a while, I’d buy MAD.  If MAD was sold out, I’d buy Cracked.  Who didn’t love MAD and Cracked magazines?  I used to have a pile of favourites.  The March 1991 New Kids on the Block MAD was treasured; it came with an entire sheet of anti-New Kids stamps.  Another classic was my October 1984 issue of Cracked, a Michael Jackson issue.  I wish I’d have kept them, but I say that about a lot of things.

It probably wasn’t an accident when I left out, in plain view, my copy of MAD number 288.  July 1989.  The special Heavy Metal issue.  On the front: Alfred E. Newman in a suit of armor, flanked by Tommy Lee, Axl Rose, and a guy who looks like a cross between Don Dokken and Stevie Ray Vaughan.  But I didn’t leave it out with the front cover showing.  I left it out with the back in plain view.

The back cover was a “fake front” to a faux magazine called “Metal Sludge”, a clear satire of Metal Edge.  The top right corner featured a fat guy named “Damien Lucifer”, lead singer of “Antichrist”.  On his cheek, a pentagram is drawn.  He wears red devil horns and proclaims that “Heavy metal music is not about Satan!”

On another panel, a picture of Poison with a caption about “our confusion over sexual identity”.

There is a contest for the chance to be trampled at a Motley Crue concert.  The panel below that is about Anthrax getting deloused by Tipper Gore.  Another advertises a “life size poster of Gene Simmons’ tongue – special six page fold out”.

Eventually, it happened:  one my mom’s students saw the magazine and was offended enough to tell her that I was reading something “satanic”.  I have my suspicions who it was.  (My mom remembers none of this at all.)  Mom did her due diligence and asked me about this “satanic” magazine that had been seen in the basement.  I laughed at how ignorant that person had to be to think my MAD Magazine was a real rock book!  It seemed so obvious by that picture of Simmons’ “tongue”!  (Six page foldout, don’t forget!)

I couldn’t wait to tell my best friend Bob about this.  After all, it proved everything I thought was true about those neighbours.  How self-righteous, how nosy, how sanctimonious, and how ignorant.  As far as I was concerned, I had won a battle between heavy metal and the religious right.  And I did it with a MAD Magazine. 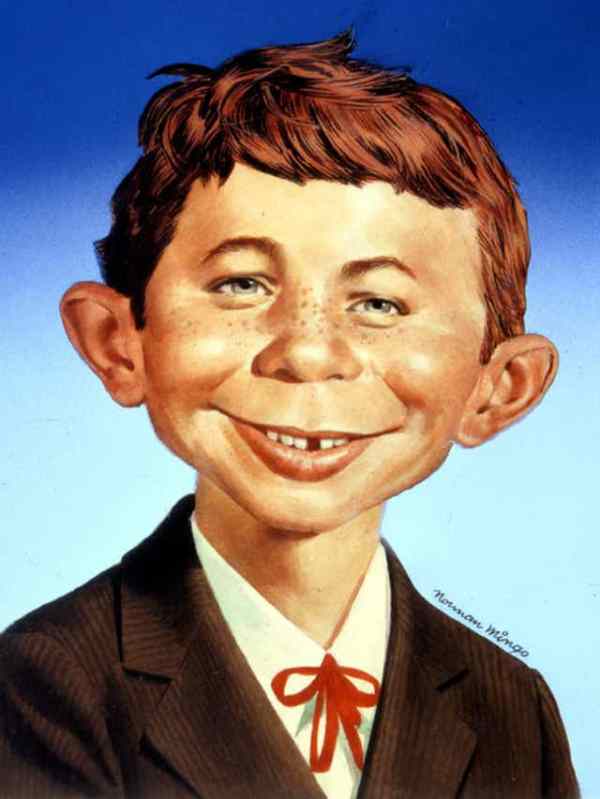