Living up to Lean Into It was never going to be an easy thing to do.  By the time 1993 rolled around, it didn’t even matter.  Mr. Big were going to be ignored no matter what they did.

There are no giant leaps and bounds on Bump Ahead, but there are enough decent rock thrills and ballads to call it a good album.  A lot of the heavy artillery is expended right on the first track, “Colorado Bulldog”.  An amped-up Van Halen shuffle is cranked to the max with the one and only Billy Sheehan pushing the whole thing on the bass.  It’s an insane affair of accelerated playing and a stomping riff.

“The Price You Gotta Pay” keeps it heavy, anchored by a patented Sheehan groove.  Eric Martin’s bluesy soul rasp gives the music accessibility, but there is plenty going on instrumentally too.  Fans of sheer playing will find plenty of challenging licks within.  Likewise, “The Whole World’s Gonna Know”.  It sounds like a redo of an old Talas song called “Smart Lady”, with a new improved chorus.  They lay down a granite groove on “Temperamental”.  Plenty of solid rock is to be heard here.

That said, let’s not kid ourselves.  Mr. Big made their money with ballads like “To Be With You”, and so they loaded the deck here with a few more.  “Promise Her the Moon” is sentimental, understated and classy.  The big one is Cat Stevens’ “Wild World”.  Mr. Big were not likely to blow it on a song this magnificent.  Their version is more lush than Stevens’, but is actually quite great.  They miss the mark on “Nothing But Love”; too syrupy with its guitar synth orchestra.  In a case of ballad overdose, there is a fourth:  “Ain’t Seen Love Like That”.  It’s one of those basic campfire ballads.  Good song, but not essential.

Bump Ahead has a bit more filler than preferred.  “What’s It Gonna Be” is fine funky rock, but the chorus is pedestrian.  They go a different direction on the psychedelic “Mr. Gone”.  Don’t forget this is the band that gave us “Green-Tinted Sixties Mind“, though “Mr. Gone” isn’t as perfect as that.

They close the album on the free cover “Mr. Big”, the song that gave them their name.  The grind of “Mr. Big” ends the album on an upstanding note, but damn, they should have cut one of those ballads doncha think?  The fact is, Mr. Big were simply not going to have a hit with a ballad in 1993.  Wasn’t gonna happen.  The Japanese edition had a bonus track called “Long Way Down”, which wasn’t that outstanding but perhaps should have been included in the main tracklist at the expense of a ballad. 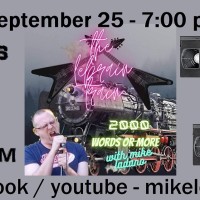 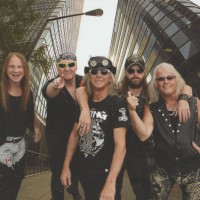 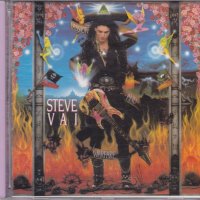