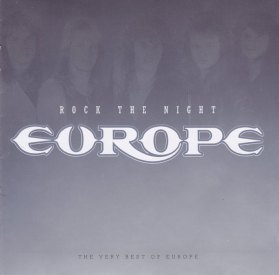 Europe’s successful reunion was one of the most unexpected of the last decade, but thus far four awesome studio albums have been the result. A tougher more rock-oriented Europe emerged with Start From The Dark, but not before this appropriate retrospective was released. Containing music from the first era of Europe, from their debut album to their fifth, Prisoners In Paradise, this compilation is the ideal summary of the 80’s and 90’s era of the band.

All the casual fans need to know is that all the hits are here, in their original studio versions: “The Final Countdown”, “Cherokee”, “Superstitious”, “Carrie”, and the title track. That’s enough to make this worth buying for many. But also included are great lesser known tracks, many of which were also singles: “Open Your Heart” (the original version from Wings of Tomorrow), “Dreamer”, “Sign Of The Times”, “Heart of Stone”, “The King Will Return”, and many more. Two of my personal favourites are included: The rhythmically powerful “Girl From Lebanon” and the pop yet inspiring “Prisoners In Paradise”.

The diehards are also baited with B-sides and rare tracks. Many of these such as “On Broken Wings” and “Mr. Government Man” have since been issued on Europe remasters and other compilations, but there were a couple I never had before: live takes of “Time Has Come” and “Let The Good Times Rock” from the 1980’s. There’s also a studio track that I’m unfamiliar with called “Here Comes the Night”. This appears to be from the Prisoners In Paradise sessions, previously unreleased, and it’s a decent track. Best for me was a later B-side version of “Seven Doors Hotel”, with Joey Tempest enunciating a lot more clearly.

For my personal tastes, I didn’t like Prisoners In Paradise much. I found it overproduced and way too commercial and American-sounding. Europe were always much more European sounding, like a more radio-friendly Deep Purple or UFO. So there are too many tracks here from Prisoners for me, including a few that I just hate: “Got Your Mind In The Gutter” (dull blooze-rock) and “Seventh Sign” are not that great. But, it is what it is. I preferred a lot of the songs from Out Of This World and previous albums. I would have preferred to hear “Tomorrow”, “Ninja”, or “Paradize Bay”.

But hey, it’s two CDs of Europe, right?  And Europe were and are a good band.  In North America, I don’t think they ever got any respect.  They are remembered here for the big hair, and the big anthem.  That’s too bad.  As this collection demonstrates, Europe had a lot more to offer then.  There are ballads indeed, but there is also mighty heavy metal, many grand melodies, and hard rock performed with precision. 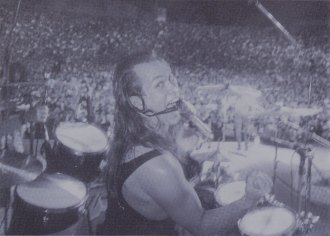 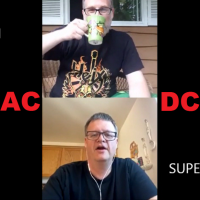