The LeBrain Train: 2000 Words or More with Mike and T-Rev

Unfortunately Dave Lizmi had a family emergency and could not make the show tonight.  We hope Dave and his family are OK.  In the meantime, the show must go on, so T-Rev and I talked Four Horsemen memories and showed off our stuff.  It was a pretty good show if you’re interested in this great band.  We hope to reschedule Dave at some time in the future.

Start at the 0:48:00 minute mark to check out the Four Horsemen chit-chat. Everything before that is the first attempt at a Sunset Cam. Enjoy the show! And tune in tomorrow May 29, for a second show, details below…

The Four Horsemen seemed to burn the candle at both ends.  Before really even getting off the ground, they imploded, but not before dropping one of the greatest unsung records of the decade:  Nobody Said it Was Easy.  They had Rick Rubin, they had Def American, they had a guy that was in the Cult and another from D.O.A., and they had tours with the Black Crowes and Lynyrd Skynyrd.  They also had a volatile frontman who drove the band nuts and ended up in jail, and they just couldn’t make it last.

Founding member Haggis tried to give it another shot.  He reformed the band with a new singer named Tim Beattie, but ultimately the album was shelved.  It sounded like a completely different band, a southern soul band with nothing hard or heavy.  That’s not a bad thing:  the album Daylight Again was finally released in 2009, and it’s incredible (and we’ll get there soon).  Instead they folded again, but not for long.  Dave Lizmi and Frank C. Starr formed a new Four Horsemen, with Canadians Pharoah (bass) and drummer extraordinaire Randy Cooke.  With another Canadian, producer Rich Chycki, they forged a rare followup:  one as good as the original.

Slimmed down to a single guitar band, the new Horsemen sounded leaner and less AC/DC.  Frankie’s voice had changed and he was no longer screaming, and that also lessened similarities to AC/DC.  He had also become more expressive, while losing none of his power or character.  They opened the album with a southern flavoured “Still Alive and Well”, a Rick Derringer cover.  Considering the five year gap between albums, they couldn’t have picked a better opener.

The title track “Gettin’ Pretty Good at Barely Gettin’ By” goes deeper into the swamps of the south.  Lizmi takes out the slide, and who doesn’t love some greasy slide guitars?  This is an uplifting hard rocker, stating the Horsemen’s modus operandi:  “Well well, oh my my, what have we here?  Some good old fashioned music, lots of whiskey and beer.”  Lizmi wrote the lyrics for this album, but the words sound like Frankie’s.  It’s a celebration of rock and roll, proudly and loudly.

The third song in a killer triple threat of openers is “Drunk Again”, which sounds exactly like you hope it does: fast, upbeat, cocked and loaded.  Gotta love the female backing vocals, giving it a kick of soul.  The performance sounds live and authentic.  At one point, it sounds like Frankie cracks up chuckling right in the middle of a line.  “It’s been 40 days since I looked at my face…ah shit…”  This is the kind of music everybody needs for a serious rock and roll party. 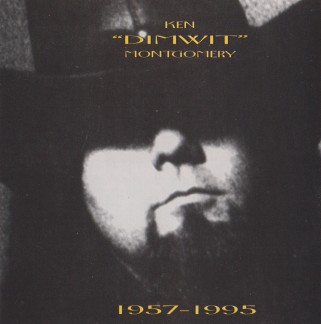 There are few more standout songs that have to be discussed.  First is “Song for Absent Friends”, one of the most emotionally bare tracks you’ll ever find from a band of this ilk.  Original drummer Ken “Dimwit” Montgomery, a Canadian punk legend, died in 1995 of a drug overdose.  “Song for Absent Friends” sends legitimate tingles up the spine.  You can feel the hurt.  But it’s not a funeral, it’s as much a celebration of Dimwit as the rest of the album is a celebration of life.

“And I know that you all are out there somewhere,
On a leave of absence from this place,
And I still have a place for you all,
A place around near me,
And your glasses will always be full.”

Then we have the blazingly fast drag race of “Hot Rod”, featuring the lyric “I got the hottest rod around,” ha ha. It’s that slippery fast guitar lick that knocks you out. But if you want a song that’ll knock some teeth out, with some biting lyrics, look no further than “Back in Business Again”. Frank sounds pissed!

“And we were headed for the top babe,
Way back in ’91,
Some record business scumbags took it from us,
Well they forgot my gun.
Well now we’re back in business folks,
I’ve come to claim what’s mine,
See we’re the Four fucking Horsemen,
Back for a second time!”

That’s nothing. Clearly, they were still ticked that they got dropped by the label in 1992. I don’t think Frank or Dave thought much of the latest wave of bands that were topping the charts in the early part of the 1990’s. Exhibit A:

“Now pay attention,
I got a little story here to tell ya,
It kinda goes like this.
You know I had a couple years off there babe,
To kinda take some time,
And I heard a bunch of whining, little wussy rock n rollers,
Complaining about how fame and fortune’s got them down.
I say we gather up all these little bastards,
Shove them back to their little nowhere town,
See I was born on this stage,
And I plan to stick around!”

Frank didn’t get that chance, either.

Before Gettin’ Pretty Good…at Barely Gettin’ By was even released (by the Canadian label Magnetic Air), Frank was hit by a drunk driver while riding a motorcyle. He suffered massive brain trauma. He never woke from coma, and died four years later.

It’s almost absurd how much hardship fell upon this band, almost as if the fates decided that nothing would stand in the way of grunge. The Horsemen tended to end their albums with emotional epics, and this album ends with “What the Hell Went Wrong”. It’s a complicated question with many answers, but the bottom line is that the success the Four Horsemen had was inversely proportional to their talent.

In one of the strangest twists of an already twisty story, the masses finally heard the Four Horsemen when “Back in Business Again” was used in the movie G.I. Joe: Retaliation.  Completely out of context, but who cares.  The movie starring Dwayne “The Rock” Johnson made $375.7 million.  That’s a lot of people who got to hear a kick ass Four Horsemen track with theater quality sound! 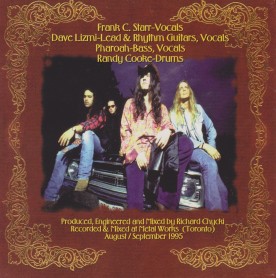 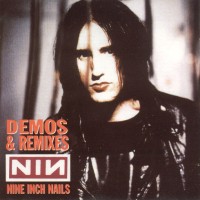