I’ve always had a little obsessive-compulsive in me.  This really came out when I started collecting music.  First, I had to have all the albums.  Then when I discovered B-sides, I had to have all of them, too.  Easier said than done.

Nowadays, the picture is so much more complicated.  While single B-sides are much more scarce today, much pricier bonus tracks have now replaced them.  Today, one has the choice to collect Japanese imports, for one or two elusive songs, at premium prices.  Or, you could choose the iTunes version for its own exclusive songs.  Vinyl bonus tracks are becoming more common.  Then, on top of that, Best Buy often have their own exclusive songs.  Classic Rock Magazine gets bonus tracks sometimes.  Occasionally, different countries will have their own additional music.

This leaves the obsessive-compulsive collector in a precarious position.  I’ll give you this example.  Alice Cooper, Welcome 2 My Nightmare.  In order to get every song associated with this album, I purchased:

The iTunes edition which had its own bonus tracks…but not the ones from the physical versions.

The vinyl version, which had its own bonus track, “Flatline”, but none of the other bonus tracks.

The single for “I’ll Bite Your Face Off”, which has a live B-side from Download festival.

Being obsessive-compulsive about music sucks!  While you can usually get things at a fair price if you are patient and wait, sometimes you will never find what you want that way.  You could hunt every used CD store you ever enter, but will never find some of those Maiden singles, like “Wasting Love”, for under $40.  At least it’s never happened to me.

When you do get lucky, you have to act, and immediately.  One of my biggest scores happened to be a very, very rare item by one of Trevor’s favourite bands.  This was a sticking point.  More on that later….

The guy who sold it to me was one of those customers that nobody liked, except me.  As such, I always caught a lot of grief when these customers came in, because if I was seen chatting it up with them, it was considered “socializing” and not “work” because he was my “friend”.  This was one of those guys.

Well, define “friend”.  Did I go out for drinks with this guy?  No.  Did I ever see him outside work?  No.  Did I know his birthday?  No.  Did he buy stuff?  Yes, which in my mind makes him a customer.  Chatting up customers is called “customer service” as long as it’s welcomed by the customer.  Anyway.  Off topic.

One bonus about having customers who are “friends” is that when they trade, they always bring their good shit straight to your store first.  This guy in particular had just moved in from out west and didn’t like the attitude of the downtown stores.  He, like me, was an obsessive compulsive music collector, so I understood his needs.  Like me, he wanted the stuff to complete the collection, in good condition, and we had similar definitions of “good condition”.

Condition, needless to say, is important to the obsessive compulsive collector.  And what he brought me one day in 1998 was in beautiful, mint condition.

It was a UK promo disc of Definitely Maybe by Oasis.  The bonus here was a complete live album called Oasis Live, recorded 1994-12-10 at the Cabaret Metro. 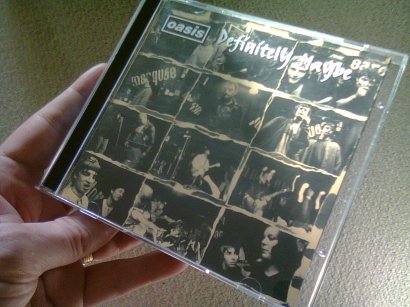 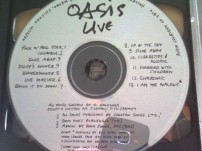 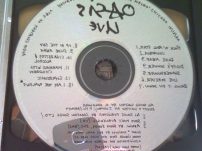 I scooped up the disc.  I told Trevor immediately, knowing he would not be happy that I, the lesser Oasis fan, would keep it.  Trevor’s point was valid.  “I’m the bigger Oasis fan!” he said.  “If I got in a Kiss CD, no matter how rare, I would always give you first crack at it.”

He was right.  He would.  That’s why I still feel guilty about it today.  I did tape it for him, and later on burned it for him, but even that is not the same as owning.

I never saw it again, and I don’t know anybody who’s seen it before besides me and the guy who sold it to me.  According to the CD notes it is a Sony UK disc, ESK 6805.  As I mentioned, it was bundled with Definitely Maybe, a UK pressing, EK 66431.

As it turns out, the Oasis live album was incredible and justifiable to keep!  It was from the tour for the first album, and they played loads of those songs and some B-sides.  It has some of those classic Liam and Noel moments.

And, of course, Liam sings his “I’d like to buy the world a Coke…” line during “Shakermaker”.

It’s an excellent recording.  Sounds like a small venue, which I find always seem to produce the best sounding live albums.  The band are playing with the youth and energy with which they began.  Liam sneers his way through the songs and there’s a minimum of talking.  No ballads.  Rest assured, when you see “Fade Away” on the tracklisting, it’s the electric version, not the acoustic!

I love this disc.  I didn’t even buy Familiar to Millions, because this one satisfies. 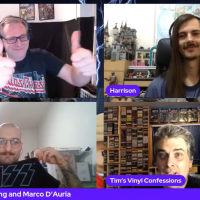 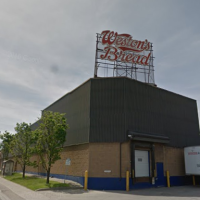 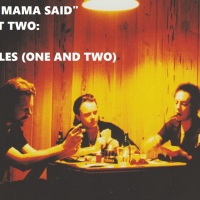 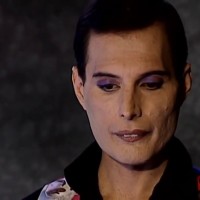 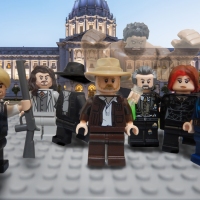 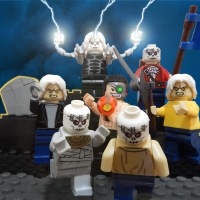 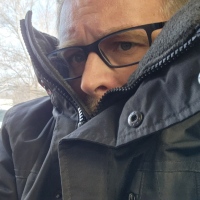