A photo-heavy review for you today folks, enjoy the goodness!  This one goes out to Rich, from KamerTunesBlog, a collection of detailed journeys through the discographies of many great artists. 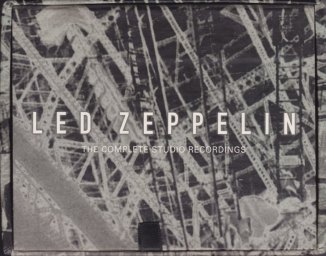 It’s funny to read some of the complaints about this box set on sites like Amazon! “The Song Remains the Same isn’t included!” Well, correct. It’s called Complete STUDIO Recordings, not Complete Live Recordings. “The artwork is too small!” Well, it’s a CD, not an LP. I’m of the belief that you can’t go wrong buying the Zeppelin LPs in mint condition.  Much like Kiss or Alice Cooper, Zeppelin often gave you extra bang for your LP buck (more on that later). “Presence and Coda suck!” Well, I’m sorry if you feel that way, but this is the COMPLETE Studio Recordings, not the Personal Favourite Studio Recordings.

Anyway, I listened to the entire box set last weekend once again, and it’s always nice to revisit Zeppelin’s back catalogue in that way. After all, each album is a portrait of where they were at that time, and are truly best when played as complete albums, not songs on a compilation. Zeppelin I and II are an embrionic, pseudo-heavy metal band with hippy tendencies, but you are immediately blown away by how good this band was. All four members were simply stunning, a raging and ripping Plant included. By Zeppelin III they really started to explore the “light and shade” that Pagey speaks of in the included Cameron Crowe essay. It is a beautiful album. Zeppelin IV of course combines the sounds of the first three together into one multi-platinum work of art.

After Zeppelin IV, their albums become harder to characterize, but diversity is still key. Much like the Beatles before and Queen after, Zeppelin were not content to be a simple bass/guitar/drums combo. Strings, prototypical tape-based synth, and numerous other instruments are brought in to add to the Zeppelin mosaic. Houses of the Holy contains one of my favourite moments in “No Quarter” which is anchored by John Paul Jones’ keyboard and synth work, a hauntingly beautiful piece. Physical Grafitti contains perhaps their highest achievement in “Kashmir”, but certainly songs like “The Rover” continue the metallic goodness that spawned the band. Presence is an album misunderstood by many, a back-to-basics tour-de-force of power. The very Rush-like “Achiles Last Stand” combines progressive rock tendencies with Plant’s lyrical mysticism. Finally In Through the Out Door represents Pagey taking a step back and Jones filling the gap with modern forward-thinking synthesizer arrangements. “All My Love” is a ballad that came about five years too soon, a Plant/Jones penned masterpiece of beauty. “In The Evening” haunts with Plant’s vocals buried in the mix under cascades of Jonesy’s synth and Page’s whammy bar. “Hot Dog” is a pure country ho-down, and Zeppelin ended their career with the diversity that they started it with. But it doesn’t end there, as an expanded version of Coda is included, an odds-and-sods collection of outtakes. Certainly these are not the absolute greatest of Zeppelin moments, but “Bonzo’s Montreaux” represents the kind of experimentation that Zeppelin were founded on. A sequel of sorts to “Moby Dick”, it is a drum orchestra and worthy of the albums before. The expanded edition includes one of my favourite tracks, Zeppelin’s version of “Traveling Riverside Blues”. Page’s slide guitar is eloquent as it is excellent.

The packaging is ample.  A thick booklet with photo after photo is included, as well as the aforementioned Cameron Crowe essay. Reading it, you can see where much of Almost Famous came from. Each CD is packaged with a reproduction of each LP’s original artwork. That means, for In Through the Out Door, you get all six covers, plus an image of the paper bag, and the inner sleeve. Zeppelin III gives you a miniature version of “the wheel”, and Physical Graffiti, the “windows”. These are static versions; if only you could manipulate them like the originals, but alas.

Remastering job is OK. I detected what I thought were a couple problems, I thought I heard some tape drop-out. I hate to say it, but maybe the Zeppelin catalogue could use a fresh remastering. 20 years have passed since this was released.  And hey, just in time, Jimmy’s working on remastered deluxe editions of each album!  Stay tuned.

As for the here-and-now, you can either go out and buy each album separately, or you can buy this set. Personally I think this set is the way to go, especially if you care about packaging.  And it’s Zeppelin — you kind of need all the albums, don’t you?  I won’t rate albums individually (that would require a Zeppelin series, something I would like to do) but I can give this box set: 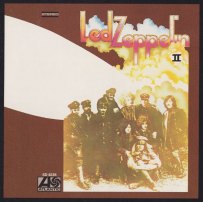 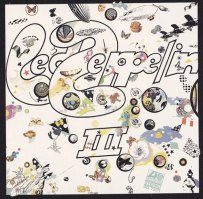 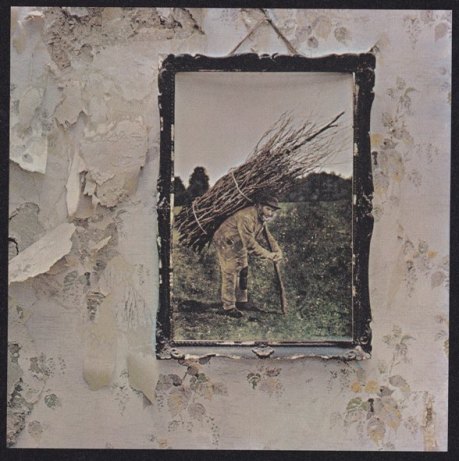 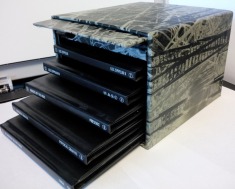