Of course Axl Rose would be late for his own 30th anniversary.  And why not?  This set obviously took time to prepare for release so it’s better we have something that is not rushed out.

As Appetite is one of the most influential rock albums of all time, a super deluxe expanded edition is expected by now.  This album launched a million bands back in the 80s and 90s, most of whom looked and sounded like knockoffs.  Now you can deconstruct the album and hear how simple the formula actually was.  (Liberal doses of Aerosmith with punk sprinkled on top.)

The first disc in this well-stuffed box set is the 5.1 Blu-ray.  Why just listen in stereo when you can go full-bore with a surround sound mix?

This disc answers that question.  It’s because you can tinker too much with a 5.1 mix, and come out with something that is too different for a beloved classic original like Appetite.  This album was the roughest sounding thing Guns ever released.  Unfortunately the 5.1 mix sounds clean.  Too clean.  An artefact of not having to cram all that music into just two channels?

“Welcome to the Jungle’s” guitars come from behind.  Slowly turning, Axl surrounds you.  Then the mix plays it straight, though backing vocals are more prominent.  Hear Steven Adler’s reckless abandon up close and personal, the ride cymbal like his accelerated heartbeat.

It’s a good mix but some will find it too gimmicky and inconsistent, with guitars and vocals jabbing you unexpectedly from here and there.  It varies from song to song and it’s all a matter of taste.  You want to hear the 5.1 mix, but not so much that it changes parts of what you liked in a song.  Some tracks are a mixture of both approaches.  The intro to “Paradise City” is immaculately layered and laid out around you.  Then things consolidate when it’s time to rock.  Man, can you hear those guitars though!  Every Les Paul can be noted clearly and separately in your mind.  So can every vocal track; and there are a few.

There are even 5.1 bonus tracks.  “Shadow of Your Love” is one of them, being the big song they were promoting for this box set. “Patience” benefits from the 5.1 re-examination.  It’s a gimmick-free mix with sparse arrangement that sounds natural and familiar — like a band jamming on acoustics in a room with you.  This makes it the best one on the whole disc.  Even “Used to Love Her” has more prominent differences from the stereo mix, as does the acoustic “You’re Crazy”.  The last bonus track is “Move to the City”, also acoustic, and sounding like a big party jam.

Finally the Blu-ray disc includes all the music videos and even one for “It’s So Easy” that was made just for them and not MTV!  It could be the first documented appearance of Axl Rose in a kilt.

Unfortunately the 5.1 mix will most likely get less play than the good old stereo version, remastered on CD 1.  What can be said about Appetite for Destruction that hasn’t been said before?  All that sonic power is on the verge of overload in just two channels.  If you imagine yourself back in 1987, you can hear why this album made the impact it did.  It steered rock and roll back into a less cartoony, more dangerous direction.  Classic single after classic single still command the airwaves today.  In an unlikely twist, the back-to-basics, loose guitars of Slash and Izzy Stradlin are studied now like old Stones riffs.

The second CD (“B-Sides N’ EPs”) is brimming with extra value.  Most of the followup EP, GNR Lies is included…all except “One In A Million”, that is, which Axl promised he’d delete approximately 20 years ago.  With that EP still in print, nobody misses the track here.  Adding the Lies material as bonus tracks is cheating a little bit, but I suppose that EP was part of the Appetite album cycle.  Even though one track is deleted, the Lies stuff is expanded with bonus songs.  A sharp “live” version of “Shadow of Your Love” follows “Mama Kin”.  There’s also an alternate acoustic take of “You’re Crazy”.  Once you’re past the acoustic songs including “Patience” you’ll get some vintage live B-sides.  “It’s So Easy” is more vicious than the original, and sounds really live unlike the previous Lies songs like “Nice Boys”.  The rare “Knocking on Heaven’s Door” is especially cool since it’s pre-Dizzy Reed and has no piano.  Otherwise the style of the eventual Illusions version is sketched out, right down to the “high, yai, yai yai yai” vocals.  Last on the CD is the live cover of AC/DC’s “Whole Lotta Rosie”, foreshadowing Axl’s future as frontman of the Australian institution.  This classic version has been heavily bootlegged, but remastered on CD, it sounds so fresh. 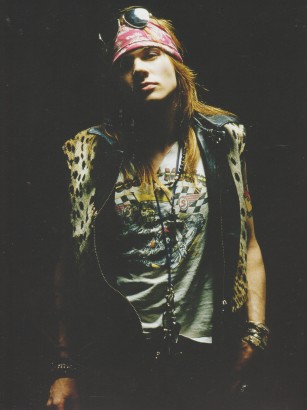 The final two discs are all unreleased sessions from the legendary Sound City (and other studios).  Most of the Appetite songs are present in demo form but some, like “It’s So Easy”, “Brownstone” and “Sweet Child” are not.  The shape of the album was already arranged down to most of the guitar solos.  It’s less frantic and more rehearsed but it’s there in very close to final shape.  Elements that wouldn’t make the final cut, like some of Axl’s scatting a-la Steven Tyler on “Jungle”, are here to examine.  In the 1970s these Sound City sessions would have been good enough to release as an album!  In the 80s, they needed Mike Clink to make the album stand out and they did that.

Non-album material is here a-plenty.  The Sound City version of “Shadow of Your Love” on CD 3 is the B-side from the old “Live and Let Die” CD single, my personal favourite version for its reckless abandon.  The cleaner one on CD 4 is the one released as a single in 2018.  Then there’s a trashy punk metal version of Elvis’ “Heartbreak Hotel” which could have been a fine B-side as well.  “Jumpin’ Jack Flash” on CD 3 is faster and different from the familiar bootlegged version (still unreleased).

The 4th CD is a mixed bag of demo sessions and unreleased songs, jams and acoustic versions.  Instrumental “Ain’t Going Down No More” sounds like an Aerosmith outtake riff, with cowbell out the wazoo.  “The Plague” has vocals but it’s quite clear why it was never released.  It could be the worst Guns N’ Roses song heard yet.  “New Work Tune” is just an acoustic riff that didn’t make it into anything.  There are, however, a couple tunes that did.  “Back Off Bitch” was reworked on Use Your Illusions, as was “November Rain”.  This old demo of “Back Off Bitch” is probably better than the final version because that’s Steven Adler on drums.  “November Rain” is particularly interesting because it’s present in both acoustic and piano forms.  You can hear how the song grew, but also that it wasn’t ready yet. 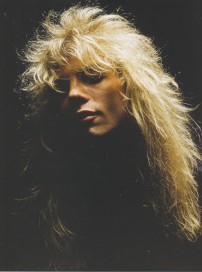 Three more versions of “Move to the City” (electric and two acoustic) are here in case you ever wanted a studio version of that song.  There are also studio takes of “Mama Kin” and “Reckless Life”.  It’s a bit much in terms of repeat, but at least all the versions are notably different from each other.  You’ll also have to hear an acoustic “You’re Crazy” one more time, but “Jumpin’ Jack Flash” is pretty cool and jam-like in acoustic form.

A box set at this price point always has paper extras inside:  replica posters, tickets, even Axl temporary tattoos.  Nothing of any particular value.  There are some posters and glossy photo prints.  There is even a reprint of the original controversial Robert WIlliams artwork.  What are you going to do with all this stuff? You’re not going to tape it to your walls. You’ll keep it safe and unseen in the box, of course.  That’s why it’s valueless to most of us.  There is also a massive hard cover photo book, in which you’ll find the CDs and Blu-ray.  It’s light on text but heavy on glossy photos and memorabilia scans.  (Within those scans, there’s plenty to read.)

The super deluxe Appetite For Destruction is of value to those who are going to listen to and appreciate all the different versions inside.  The 5.1 mix is disappointing but there will be those who love how different it sounds.  It’s not easy to consume all five discs in quick succession, but these bot sets rarely are. 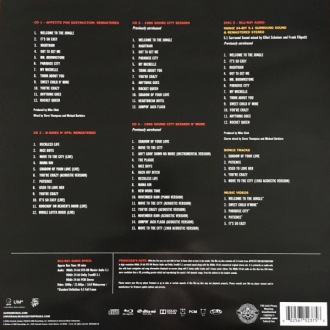