GETTING MORE TALE #836: Transformers 2 – Revenge of the Schnauzers

For one weekend in the summer of 2012, I put the music on pause.  Transformers 2 – Revenge of the Schnauzers was the title.  It was a series and  I made four movies in total.  Five, if you count the final one that I shot but never edited.  There’s something so satisfying about animating Transformers.  I wanted to go big or go home this time, and what I ended up with this time was a 44 minute movie (originally split into two parts for file size reasons).

It’s amazing to think I did this movie in a single weekend in July 2012.  Probably Canada Day weekend.  I filmed the whole thing in just two days.  You can see the the light change as I filmed from sunrise to sunset, in order to squeeze time out of every minute.  And this movie was just my side project!  At the same time, I was also posting 1-2 articles per day for my main gig:  reviews and Record Store Tales.

I came prepared for Canada Day weekend with my Nokia C3 cell phone as my only camera.  Here’s something you didn’t know.  Cell phones back then were so much easier to do primitive animation with.  There’s a pause button you could hit when you’re making a video, and it essentially allowed me to do the stop motion very single-handedly, very quickly, just by hitting that pause button.  Sure, I made a few mistakes along the way.  I had to reshoot entire scenes when I didn’t know I was pausing “off” instead of “on”, but it did enable me to do this entire thing in just two days.  I barely stopped to eat, and I was just wiped by the end of it.  I think it was a manic episode to be honest with you, but a doctor never diagnosed that so it’s just my opinion.

I chose the characters (and more importantly, toys) that I wanted to use for the movie.  Most of them are from the Generations lines, with some third party add-on kits for Hound and Goldbug.  Others are reissues of G1 originals:  Soundwave and his tapes, Predaking, and Ultra Magnus.  I needed figures that would be easy to transform on the fly.  Magnus and Predaking were brand new in my collection and I wanted to show them off.  I decided to bring more Decepticons with me than Autobots to give them a real disadvantage.  I built the teams and roughed out a story.  Dialogue was improvised on the spot but not fixed in place until the editing stage a few days later! 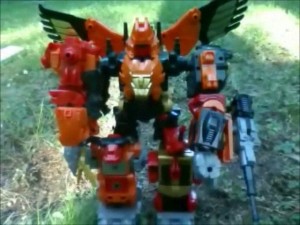 I used Windows Movie Maker, then and now, to edit.  It was much less stable then (or at least my computer is more powerful now).  The amount of edits I used numbered in the hundreds and crashes were frequent.  Even though I was essentially editing “live” in-camera as I filmed and animated, I was also tightening up those edits with Windows.  Funny enough, Windows has no more features in the current version than it did in 2012.  For the laser blasts, I added a “split” and inserted a “fade in from white” effect.  They are remarkably effective.

I originally edited the movie with mainstream rock music as the soundtrack.  I used Van Halen, Black Sabbath, Iron Maiden, Bruce Dickinson, and AC/DC among others.  Needless to say, YouTube never let me upload it, so it sat on my various hard drives and DVDs all these years.  Until I recently had an idea.

Uncle Meat’s hatred of my “playing with action figures” inspired me to use his music to get around the YouTube issues.  More accurately, Max the Axe’s music (with a little of my sister’s mixed in).  It worked brilliantly.  Just as well as the original version, though with music you’re not familiar with.

Now you can hear many of these great Max the Axe tracks for yourself.  While watching robots blow each other to bits!

Sure, it was cool when I used “Accident of Birth” by Bruce Dickinson as the entrance music for the Colossus Schnauzers and….

Oh!  You’re confused about the Schnauzers.  Having grown up around the wee beasts, I realized that in action figure scale, you could use them as giant monsters if you could get them to do what you wanted them to do.  With Kathryn Ladano’s help, we used treats as incentives to chase and attack Autobots.  I affixed Decepticon logos to their foreheads and wrote them into the story as Shockwave’s latest creation:  Colossus Schnauzers.  With DNA stolen from a secret lab (named after the two doggies Laci and Ali), the Decepticons engineered giant versions of the beasts. 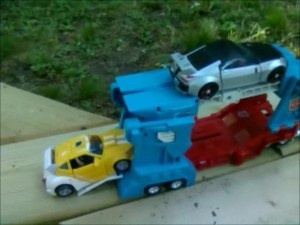 It’s up to the Autobots to find out what they are up to, with a small squad led by Ultra Magnus.  (I had focused on Optimus Prime in the preceding chapter with his death and rebirth as Powermaster Prime, so I wanted a different leader figure this time.)  I used two Bumblebee figures.  One was modified with a third-party head that made him into a Generations version of Goldbug, his rebuilt form.  This is all roughly based on an original Marvel comics storyline.  I also took inspiration from the TV show.  One figure that I wanted to show off next time was my transparent “Ghost Starscream”.  I didn’t have time to get into that with this chapter, so I ended it with some foreshadowing that would allow me to introduce my ghost version of the figure next time.

I coloured the dialogue to make it easier to tell which ‘bot is talking. I did an “infodump” introduction for the Predacons.  This is the much-critisized technique used by Bob Budiansky in the 80s Marvel series.  Each new toy had an introduction, because the comic was just a device to sell toys.  That was my homage to Budiansky.  The characterisations of the figures in my film are meant to be true to their toy bios and comic book appearances. Although my story takes place in a universe all its own, it’s similar to the ones you know.  The “release the Schnauzers” scene is of course a parody of the the Kraken scene in Clash of the Titans.  I wanted something that reminded me of Poseidon pulling the chain that opened the big gate.

I haven’t watched this movie for a long time. I had forgotten that I even included a “blooper reel” at the end. This is the only part of the movie that still has its original music soundtrack. Though I’ve forgotten the name of the track, that’s Kathryn Ladano’s music playing and that’s her in her only cameo!

Consider that I shot this thing in two days, sunrise to sunset, and edited it together in a couple more, all while posting new daily reviews and Record Store Tales. That’s unbelievable and probably also unhealthy. But I still enjoy the results! I legitimately like this. I also enjoyed adding the new music by Max the Axe and seeing how it worked out.  I’m proud enough to post it here for you to enjoy. And I hope you do! 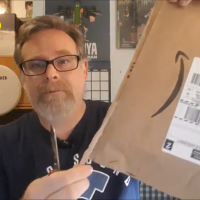 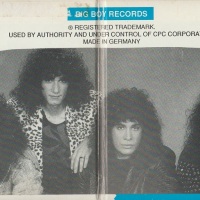 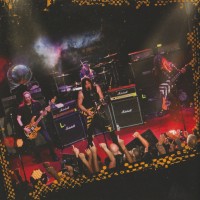 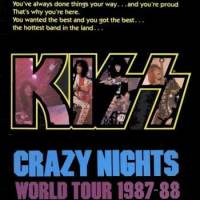 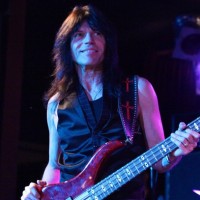 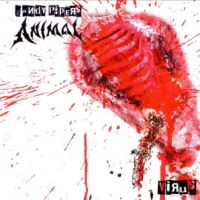