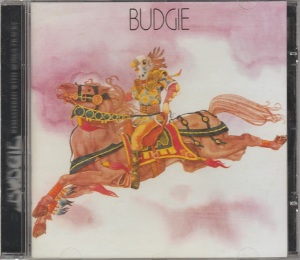 In the early 1970’s, a new young band was rumbling out of Europe with a fresh, sludgy heavy rock sound.  With a debut album produced by Rodger Bain under their belts, they peddled that new style of music often called “heavy metal”, known for its loud distorted guitars and long-haired musicians.

Black Sabbath?  Not this time.  Let’s not forget Cardiff’s own Budgie.

Budgie’s 1971 self-titled debut album demonstrates that the band had already found their own niche.  Lead throat Burke Shelley had the looks and the voice of a young Geddy Lee, but three full years before Rush’s first album in 1974.  They had obvious Sabbathy elements, but without the doom and evil overtones.  They wrote long, groove oriented songs unlike anything Ozzy & co. were writing.  Shelley’s lyrics and song titles ran from unusual to bizarre.  The opener “Guts” is a great example of the strangeness and groove coming together in one addictive sludgy confection.

Budgie were also known for soft acoustic interludes.  “Everything in My Heart” is one, clocking in at less than a minute.  (According to the liner notes, Shelley recalls he wrote this for some girl he liked.)  This acts as a sort of prelude to “The Author” which combines the quiet side with the sludge.  The droning heavy riffage, switching lanes with softer sections, make for a pretty epic Budgie track.  As a power trio, Shelley’s bass becomes the deliverer of many hooks.  However on “Nude Disintegrating Parachutist Woman” the bass joins forces with Tony Bourge’s distorted axe to build a wall of riff.  Both the album and single versions are included on the 2004 deluxe CD edition.  One is over twice as long as the other!  The album cut contains a long Purple-like instrumental section.

“Rape of the Locks” (a satire about a hair cut, get it?) commences with a very Blackmore guitar freakout.  The riffs are more Sabbath, while its jammy aspects remind of the first album by the Scorpions.  Burke Shelley continues the groove on “All Night Petrol”, both punishing and catchy.  “You and I” is another acoustic interlude, 1:42 of Burke trying to be lovey-dovey.  It acts as a reset before the final onslaught:  “Homicidal Suicidal”.  Soundgarden covered this one in 1991 on an obscure B-side.  Perhaps it is the definitive example of the early Budgie sound.  Almost seven minutes of heavy Budgie, drums hammering at the walls while Burke rumbles the foundation.  Meanwhile there’s Tony Bourge with the riff of riffs.

The bonus tracks on this edition are well worth seeking.  In addition to the above mentioned single edit of “Nude Disintegrating Parachutist Woman” there is its B-side “Crash Course in Brain Surgery” which Metallica covered.  This is an unreleased alternate mix of one of Budgie’s best known metal thrashers.  Finally there are 2003 re-recordings by the reformed Budgie composed of Shelley, Steve Williams and Simon Lees.  “Parachutist Woman” and “Guts” are very different from the originals, although the arrangements are pretty much the same.  It’s just a matter of different musicians and 32 years!

The Budgie remasters can be expensive to track down, but well worth it.  May as well get all the extra tracks if you’re going to hunt for some Budgie. 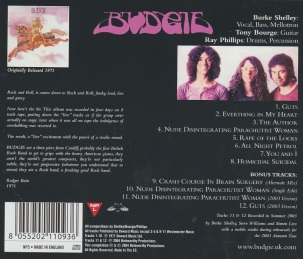 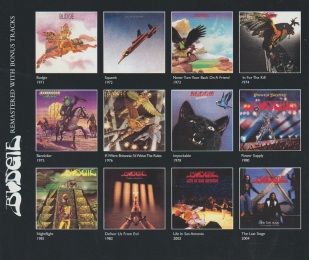 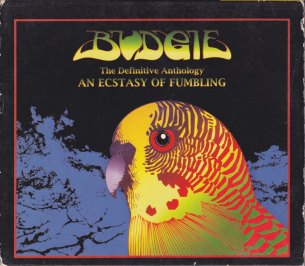 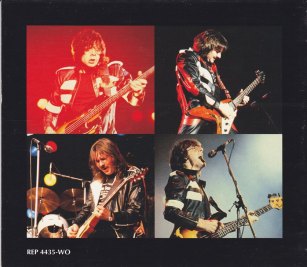 BUDGIE – The Definitive Anthology: An Ecstasy of Fumbling (1996 Repertoire)

This 2 CD compilation is an excellent starting point for digging into the monumental sound of Budgie, formerly Six Ton Budgie. (That’s a really heavy bird!) Helmed by the Geddy Lee lookalike Burke Shelley and his shifting cast of players, Budgie is a power trio and the prototype for the sound of bands as diverse as Rush, Black Sabbath, AC/DC, Metallica, and Iron Maiden. Formed in ’67, Budgie predate them all.

Want some proto-Sabbath sludge? It’s here. AC/DC-type fast riff rockers with simple beats? Also here. Songs driven by catchy, eloquent basslines? Look no further. Metallic gallops? These guys were doing it while Steve Harris was still struggling away in Gypsy’s Kiss! Everything good that happened with heavy metal had already been done by Budgie before those sounds hit the mainstream. All with a singer who could have been Geddy Lee’s long lost brother (and look at those glasses too)! 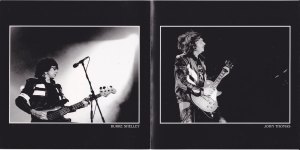 This album includes some of the best tracks from their albums 1971-1982. It also includes B-sides, single versions, and EP tracks. Burke Shelley stopped gigging with Budgie in the late 80’s but returned with some serious thunder and a 2006 comeback album. This stuff, however, is some of the creme de la creme of the initial phase of Budgie.

Highlights for me included:

That list is very incomplete, because I think every one of these 29 songs are really good.  Some go beyond that into “great” territory, and others one step further to “fucking awesome.”

Truly, Budgie were way ahead of their time. Chances are the kids on your street have never heard any of these songs, except when covered by Metallica and Iron Maiden. Now it’s time to prove to them who knows their rock music. Pick this, or any Budgie album, up today.  If you go with this one, you’ll also get a gigantic booklet with ample liner notes about the band and every single track.  I consider it a great stroke of luck, the day that one of my customers sold this one to me.  (His name was Dan and he’s the same guy who sold me tons of great stuff before.)  I was aware of Budgie because of Maiden and Metallica, but mostly because Martin Popoff raved about them in his first book, Riff Kills Man!  I had to have it.  I’m glad I bought it.

If I Were Britannia I’d Waive The Rules, but I would also make sure that everybody knew who Budgie was! 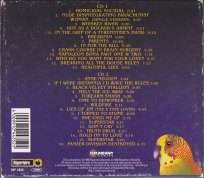 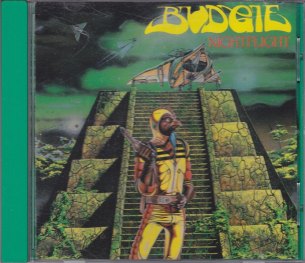 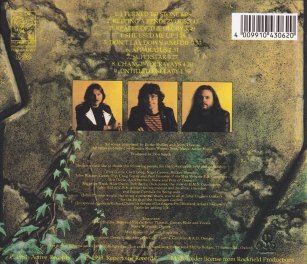 I love this album. Nightflight sounds like the kind of music I was exposed to, when I was growing in Kitchener, Ontario in the early 80’s. I was surrounded by new and exciting music, thanks to stations like MuchMusic, and friends who would let me tape their records. If I had been aware of Budgie in the 80’s, I absolutely would have been a fan.

In their early days, similarly to Thin Lizzy, Budgie started out with a prototypical sound and eventually evolved into a more metallic beast. Nightflight is Budgie’s Thunder and Lightning, perhaps. It has that vibe, and it’s awesome. Of the records I own, this is my favourite Budgie album. Burke’s voice is as nasal as ever, in the best possible way.  The band has metamorphosed into something more mainstream metal, which still sounding like classic Budgie.  That anchoring bass, the unstoppable grooves, and the simple and smoking solos: it’s still there.

The opening track “I Turned To Stone” is a major highlight. It takes balls to open an album with a song this soft, but eventually the ballad-like tune transforms into an Iron Maiden-gallup with this killer off-kilter guitar solo.  “Keeping a Rendezvous” is more accessible; Budgie plundering hard rock with equal success.  The organ-infested “Reaper of the Glory” is a brief step back in quality.  It lacks the memorable melodies of the first two songs.

“She Used Me Up” kicks ass with a steady AC/DC beat and a choppy Priest-ly riff (circa Point of Entry).  “Don’t Lay Down and Die” continues this overall direction.  You can hear the organ once again, and the guitar solo is catchy as hell.  It is very much in an 80’s metal mold. 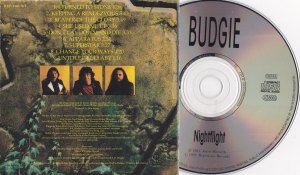 My favourite track is “Apparatus”.  The lyrics are pretty strange, but this ballad is irresistible.  Burke’s earnest lead vocal is high pitched nasal perfection.  But if you didn’t like “Apparatus”, that’s OK because “Superstar” is likely to blow you away.  Budgie again stray into AC/DC territory.  This song anticipates Blow Up Your Video by several years.  Steve Williams keeps it simple on the drums and that’s what makes it cool.

The mid-tempo and melodic “Change Your Ways” is just as likable.  You’ll dig the gang-of-Burke lead vocal technique on the verses.  You have to admire a singer who has his own voice, and doesn’t resemble anyone else.  It’s easy to compare Burke to Geddy Lee, but that’s really not doing it justice.  Both singers have their own techniques.  Burke is more soulful.

“Untitled Lullaby” is pretty much what it sounds like it would be.  It’s one of Burke’s acoustic ditties, only 1:16 so really it’s just a coda.  It’s lovely and it ends the album on an upbeat note.  Nightflight is a short but enjoyable ride.

Upon review, I found seven of Nightflight‘s nine tracks to be indispensable to me.  Based on that math and rounding up:

24 years passed between this and the last Budgie studio album. Not that you can tell, as “You’re All Living In Cuckooland” sounds like classic Budgie to the last detail. The cover art even looks like classic Budgie! No computer generated images here, and the classic Budgie logo is intact! Drummer Steve Williams has returned, and the guitar slot was filled by the excellent Simon Lees (although I understand Craig Goldy of Dio toured with them a lot).

Right from the first track, “Justice”, you know that Budgie are back. Burke Shelley’s unmistakable voice is as vintage-Geddy as ever, and the sound of this band has hardly changed at all. Maybe there are some slicker effects on the guitars, but the style is 100% Budgie.  The songwriting is still idiosyncratic Budgie, except for some unaccompanied acoustic tracks which Burke wrote alone. Musicianship is in the forefront and production is sharp, although I can’t hear enough bass for my tastes. To me, early Budgie was all about Burke’s slinky bass lines, and I want to hear them!

Everything here is a winner. No filler. 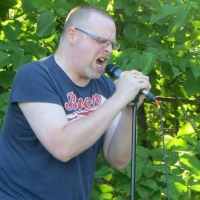 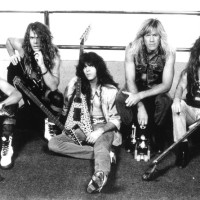 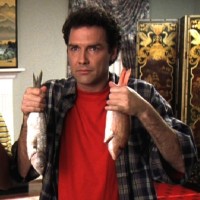 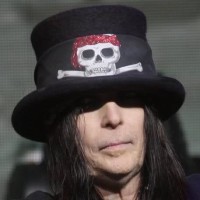 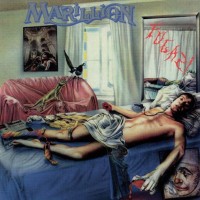 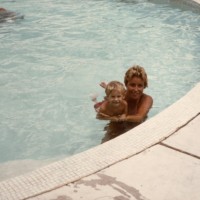 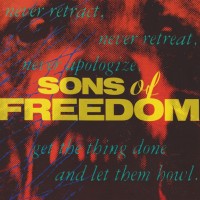