Quiet Riot took the unusual step of firing their only original member, lead singer Kevin DuBrow, in 1987.  They soldiered on with new singer Paul Shortino and did a brief tour of Japan before calling it a day for the band.  Meanwhile, Kevin DuBrow was supposed to working on a new band called Little Women.

In 1991, various media were reporting that Kevin DuBrow and Carlos Cavazo had gotten back together in 1991 as a new band called Heat.  It was a quiet reunion for the singer and guitarist who had been estranged since DuBrow’s firing in 1987.  Within two years of forming Heat, the band had morphed into a new version of Quiet Riot, now featuring former drummer Frankie Banali and newcomer Kenny Hillary (RIP).

Terrified features 3/4 of the classic Metal Health lineup with only Rudy Sarzo being absent. (He’d join again later on Alive and Well). Like a mighty ship changing course in heavy waters, Terrified is a monstrous Quiet Riot CD, anchored by Cavazo’s newly heavy guitar playing and Banali’s inimitable thunder. The drum production on this album could be the best on any Quiet Riot disc, and up there with Banali’s sound with bands such as W.A.S.P.

Lots of winners on the Terrified: “Cold Day In Hell” boasts an angry 90s groove, but with the melodic sensibilities of Metal Health-era QR. “Loaded Gun” almost sounds like a Metal Health outtake, because it has a throwback vibe. Their cover of “Itchycoo Park” is the only acoustic song, a much needed respite before re-entering the fray on the storming title track.  Only a few filler tracks (in a row) almost derail the album, but soon we’re back on track with “Rude, Crude Mood”. It may be one of the worst lyrics that DuBrow’s ever written but the music sure rocks. “Little Angel” is fast but forgettable, and before long you’re into “Resurrection”, a six-minute instrumental tour-de-force. Banali and Cavazo take the helm on it with a shuddering riff, and they don’t let go until it’s fade out. An awesome track.

Quiet Riot’s career can be divided up into a number of phases.  In the 1970s, there was the Randy Rhoads era represented by two decent Japanese albums.  This was followed by the the so-called “classic era” of major label releases (Metal Health to QR) from 1983-1988.  Then there is the reunion era which runs from Terrified to Rehab (2006) and finally Kevin Dubrow’s death in 2007.  As a coda, Frankie Banali resurrected the name with a variety of lead singers and continues to tour and record.  Their last album was 2014’s 10 featuring lead singer Jizzy Pearl.  Terrified would stand as the best album of the reunion era, which they sadly struggled to equal on later releases like Down to the Bone. 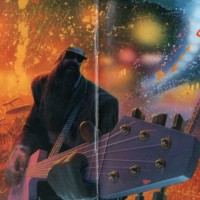 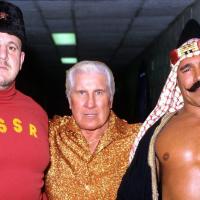 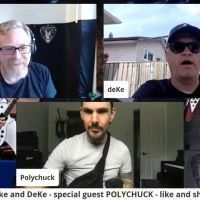 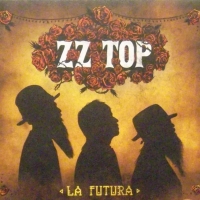