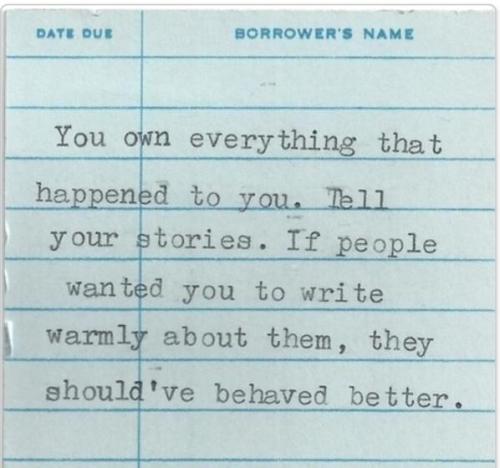 Every journey starts with a first step.

By 2005 it was obvious that my career at the Record Store did not have a future. Franchises were struggling, and I found myself on the outside of the clique of people who ran the show. I had sunk into a deep depression, which was exacerbated daily by the store. I was working as hard as I ever had, returning home exhausted each night, but the writing was on the wall.  It had been for years. I put together a resume and began applying for jobs.

Assembling that first resume was interesting. I hadn’t had to look for a job in over a decade.  Retail experience was one thing, but I was beaten down so much that I struggled to play up my skills. I couldn’t see my strengths. As I worked on it and sought advice from people I trusted within the organization, I realized my experience was anything but limited to a cash register. I had been responsible for training dozens of employees, and even some franchise owners too.  I had been responsible for bank deposits, and sometimes I was carrying thousands of dollars in cash on my person. I had also spent a couple years running our website. I had travelled all over southern Ontario helping to deal with staffing issues. There was so much responsibility, and I had received so little credit for it, that I was selling myself short. Once I got some help and got that resume into shape, I started applying for jobs.  One franchise owner wrote me a glowing letter of recommendation that I still treasure.  It gave my spirit a huge boost.

Not having done a job interview in a decade, I was applying to anything, just to get my interview chops back. I had applied to sales and management-type jobs, but was shot down each time for “only having retail experience”. Even though I had managed a staff many times, it didn’t seem to matter. I worried that spending 10 years in one job wasn’t necessarily a good thing, like I thought it was.

I got a call back from a local chicken restaurant. They were hiring for an assistant manager position, so I gave it a shot. The interview with the manager was set for a Sunday; an odd day for sure but at least I had it off. I put on a pair of dress pants for the first time in a long time; I remember they were uncomfortably tight. I squeezed in and headed off to the interview.  As far as a first interview in years goes, I did pretty well. As this blog attests to, if there’s one thing I like talking about, it’s music. If there’s two, it’s music and myself.  I’m good at conversing, in other words.  (I get this from my Grandfather who had “the gift of gab”.) However I had no food service experience and I really wasn’t all that interested. I was more curious what was out there.

Of course I did not get the job, but that interview experience taught me two things. One, doing an interview is like riding a bike. Once you learn how, you never forget; you might be rusty but it’s easy to climb back on. The second thing I learned was to always make sure I have a pair of dress pants that fit!

My second interview went much better.  I had applied for a position at Manulife and I nailed it.  Even though I had given what I still think was the best interview of my life, I did not get the job, and my mood sank further.  These journal entries have all the details:

Man, that interview went so well. I was told that I was the best candidate they interviewed, but that there was also an internal candidate who was a favourite.

45 minutes after the interview concluded, I got an email saying the other candidate got the job.

Yeah, I guess I can admit I’m just really bummed right now. I definitely gave the best interview of my life today. And she said so many great things about me:

“You have such great personality, I would hate to see that stifled in you.”

“You are by far the best candidate I have talked to.”

We bonded over Pink Floyd, Helix, the St. Jacobs Market, Walkerton…it was a damn fun interview.

Ahh well. One thing for sure, I had a taste while I toured their building of what a REAL job is. They even had a Tim Horton’s on site! There’s a professionalism that my current job couldn’t even dream of having. It was fantastic. I have a very clear vision of what I want now, and I WILL get it.

Regardless of my bravado, this rejection hit me extremely hard.

It was a dark time for rock and roll.  The Darkness had split into two factions:  The Stone Gods, and Justin Hawkins’ Hot Leg.  The Gods were out of the gates with their album first in 2008, while Justin followed in 2009 with Red Light Fever.  Bizarrely, he credits himself as Justin “Dave” Hawkins in Hot Leg.

The Stone Gods made an excellent album, concentrating on rock and metal sounds.  Justin, on the other hand, has synthesized everything he does into one gestalt on Red Light Fever. There are still those cherished AC/DC-like moments that you may remember from Permission To Land (Hawkins even uses the lyric “permission to land” on one song) mixed with those operatic high vocals, taken to new levels of absurdity (“Chickens”). This is mixed with the polished Queen-like moments from the second Darkness album, One Way Ticket…, and the 80’s “keytar” sounds of his solo project British Whale. The result is, quite frankly, an album only Darkness fans will like.

I am a Darkness fan, and I do like it. The album kicks off with the aforementioned “Chickens”, which at first tricks you into thinking Hawkins has gone back to basics. Then the operatic chorus in full falsetto hits, and you realize that Hawkins is just as outrageous as ever.

“You Can’t Hurt Me Anymore”, the second track, reminds you that Hawkins is still one hell of a guitar player. Coming up right down the middle between Thin Lizzy and Brian May harmonies, it is Justin’s guitar work that keeps this band most anchored in rock.  The aptly titled “Trojan Guitar” is a cool workout, multi-faceted and complex.

By the time you get to the single, “Cocktails”, you will wonder just how Hawkins crammed so many notes into a word with just two syllables. Many will find this to be simply too much, like coffee with too much sweetener, or a cake with nothing but icing.  It’s a great song, with that Def Darkness vibe that I like so much, but the chorus is ridiculous!

“Gay in the 80s” is the most British Whale of the tracks, keytar up front and in your face, and Justin’s lyrics embracing the kitsch of that decade. Not a track for insecure rockers by any stretch.  Yet “Whichever Way You Wanna Give It” is the most reminiscent of early Darkness. It has that “I Believe In A Thing Called Love” vibe, with a chorus straight out of One Way Ticket…, and some solid guitar riffs with ample space between the power chords.

The album ends a mere 35 minutes after it began, which some will find absolutely offensive after spending close to $30 (Canadian) on this import. However, if you wanted more, the band used to offer a vintage-Darkness sounding bonus track called “Take Take Take” on their website for free.  Unfortunately with the band now defunct, the song has been taken down.  Another free song, a bouncy upbeat number called “Heroes”, was available for a limited time only.

According to the inside notes, the album is to be filed under “Man-Rock”. 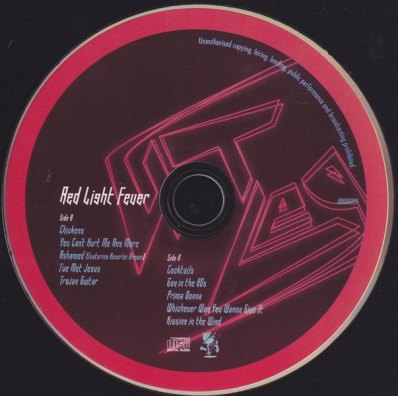 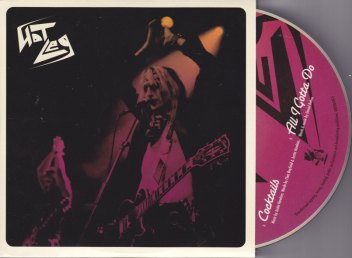 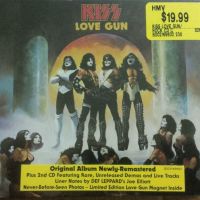