In the late fall of 1995, my enthusiasm for the store had never been greater.  I had already created and posted our very first online ads, on my own time.  The first one was in November of 1994.  I posted it on every C-Net BBS (Bulletin Board System) in the area code.  I drew a full colour (but very blocky!) version of our logo, using the most state of the art BBS software of the time.  It took hours.  In the ad, I hyped that we would be carrying the new Vitalogy album by Pearl Jam the following week, on vinyl!  Limited quantities!

I did this on my own time, because I loved the store. 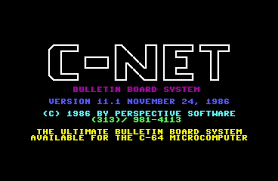 But back to 1995.  I thought that we had already done an excellent job of giving the store some rocking personality and quality stock.  I had never been more psyched.  I used to go to Future Shop, again on my own time, just to check their prices and stock versus ours.

I decided I wanted to get writing.  I’ve always loved writing and I thought the store could be the vehicle.  I came up with the idea of doing the monthly newsletter.  I even put together a primitive prototype.  It was printed on tractor feed printer paper by a dot matrix printer, stapled in the top left.  It was all I had, but the point was to do a proof-of-concept.  I was demonstrating that we could come up with our own content, from reviews to charts, and do it our way with humour. Not like all the lame corporate type newsletters that other stores had.

The idea was met with dead glances as I passed around my prototypes.  It was shot down for being “too expensive”.

In 1997, the newsletter idea was revived.  It was like mine, but folded instead of stapled, and in two colours at first (red and black).  The kid that printed it couldn’t spell worth shit, but he made it look acceptable for the period.  I received no credit or recognition for what was my idea, nor did I have any creative control at all. I felt like my idea had been taken away from me. But, I went along with it, I happily contributed.  It was better than nothing.

Finally, I was the guy who ran our website, solo, for the first year or two of its operation.  I conceived all the initial procures, I filled the orders, kept the books, filed the emails, and I corresponded with the customers.  I did it all, myself.  I even wrote the FAQ page, and in fact some of my original words are still there online today.  I answered every customer email and question, myself, positive or negative.  For a little while I had my own office with a computer and phone to work out of, although it was about the size of a toilet. It was still a very rewarding experience.

The website was taken away from me because I was told that my time was “more valuable to us in the store.” Fuck! I didn’t spend all those years working at this place to just end up in a store, I wanted to be in an office, doing stuff! That was what I had been promised! I was turning 30, and I didn’t want to be working in a store anymore in my 30’s, but again, I went along with it, because it was better than nothing.

Some of the other people from the organization say that I didn’t stand up for myself enough, that I should have called bullshit on a lot of stuff.  They were obviously right, but I was always sort of a peacemaker.  Never wanted to raise a stink.  So I didn’t.  I kept the peace and kept my tongue.

But what the hell? I’m proud of what I accomplished there, out of sheer passion to be involved and creative, and it’s time I said so.