Bought at an HMV store in Guelph Ontario, spring 1996. 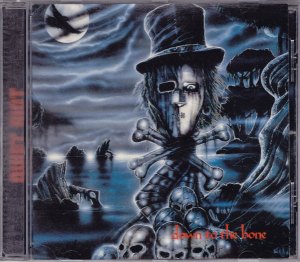 After the fairly impressive Terrified in 1993, I had my hopes up for Down to the Bone. I shouldn’t have. Even though this album represents the reunion of the seasoned QRIII lineup (Kevin DuBrow, Carlos Cavazo, Frankie Banali, Chuck Wright), this is one of the worst albums that Quiet Riot have ever released, and that’s saying something.

The songs on Down to the Bone fall into two categories: filler, and covers. The album is bogged down by boring production and mixing. Cavazo’s guitar tone is harsh, and makes the overly long album difficult to listen to in one sitting.  The snare drum sound is obtrusive and not very good.  Down to the Bone has a cold sounding mix, dry and irritating. This isn’t helped by the filler music contained herein. “Dig” for example contains a pathetic excuse for a chorus, making you wonder how anybody could have thought this was a good song. It’s a shame because Cavazo’s solo is melodic and cool, but a great guitar solo is not enough to save the song.  There are moments here and there, melodies and riffs that are memorable, but no actual songs that you’d say, “Yeah, that’s a good song.” Only the cover of The Kinks’ “All Day and All of the Night” made my Quiet Riot road tape.

Down to the Bone overstays its welcome at almost 70 yawn-inducing minutes.  I have very rarely played this album. The last time I can distinctly remember listening to the whole thing — until now — was over a decade ago.  Go ahead and ask me how any of the songs (besides the cover) go.  I won’t be able to tell you. 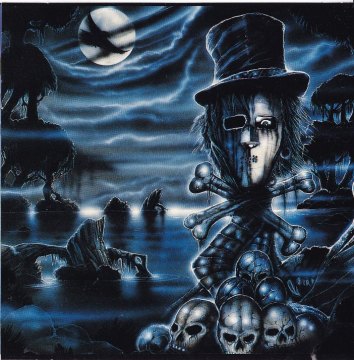 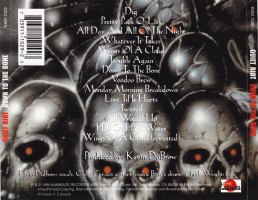 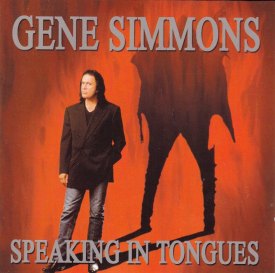 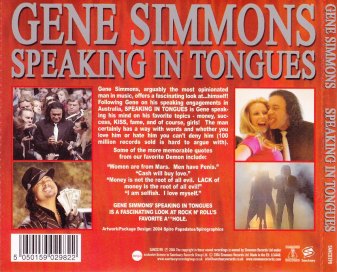 How I came to own this turd of a CD:  I got this one used, from my old store’s web order service.  It was like $9, free shipping if you spend $30, or whatever.  So I picked a couple discs and added this one to my cart.  Imagine my surprise when it arrived and I took the CD out of the case — somebody had written, in big black magic marker, “MARILLION SUCKS”, on the artwork under the clear CD tray!  This was clearly an intended for me, my love of Marillion being well on record.  I don’t know who wrote it on there, nobody would own up to defacing the Simmons CD!  I brought it back to my buddy Joe who was a little surprised himself.  It took a few months, but they finally got in a replacement copy later on.

Thing is, that first copy I got, I was so flabbergasted about the defaced artwork that I returned it before even playing it.  If I had played it…I probably wouldn’t have replaced it with the same item.  I think I would have picked something else.

There’s a reason Gene Simmons isn’t a standup comedian or a motivational speaker. It’s because he’s not very good. As a speaker, he’s a great bass player. Put it that way.

Recorded at two engagements and consisting of Simmons’ well-known philosophy of life, this is beyond tedious. If you want to hear Gene plug his merchandise, or tell you never to get married or trust a woman with your money, then go for it. Vulgar, unfunny, and dull, this is time you won’t get back. Another thing you won’t enjoy is that the CD is formatted with just one track, so it’s impossible to skip around.  So even if there were the odd funny bit that he goes on about, I couldn’t skip to it in the car.  Useless!

Besides, it’s just an audio of the DVD version — so while it sounds like there are visuals to go with what you’re hearing, there aren’t.  Useless!

No stars, crappy careless release, for the Kiss fans who have to have everything (like Big Idiot Me) and nobody else. Take Gene’s own advice, and save your money.

The final kicker — in 2011, Gene Simmons and Shannon Tweed got (GASP) married! 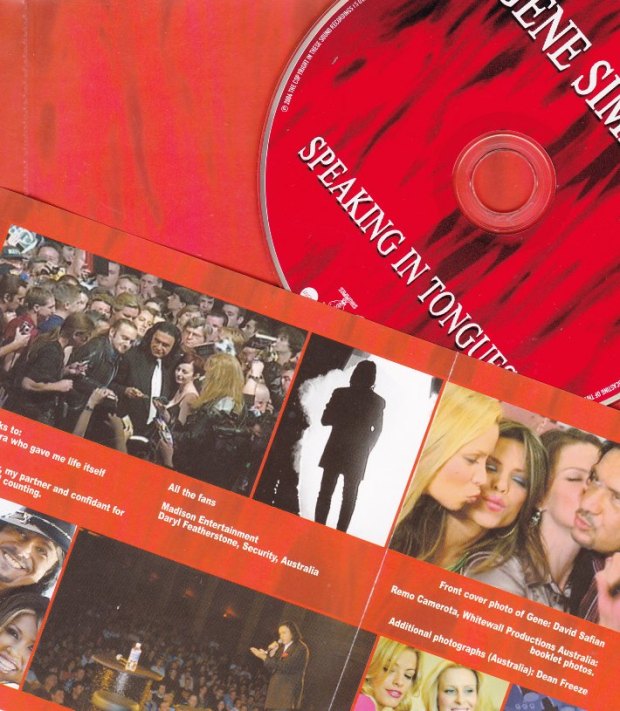 For Aaron’s KMA review of this CD, click here! 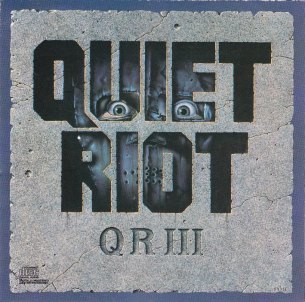 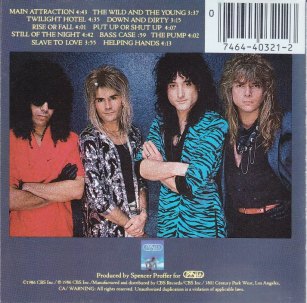 A short while ago, longtime LeBrain reader Deke and Jon from E-tainment Reviews brought up QRIII as a contender for Worst Quiet Riot of All Time.  Digging into the discussion, I mentioned 1995’s Down to the Bone as another possible contender.  Jon also mitigated QRIII by reminding us of the teriffic single “The Wild and the Young”; the only reason to own it.  So the jury is technically still out….

QRIII  certainly sucks.  I knew that I could do one of two things for its review:  Take a shit on the album cover and post a picture of that as the review, or lambaste it verbally and harshly.  Unable to decide between the two approaches, I instead decided on a first for mikeladano.com:  the very first Choose Your Own Review!(™)  Choose A) The Short One, or B) The Long One!

REVIEW A: The Short One 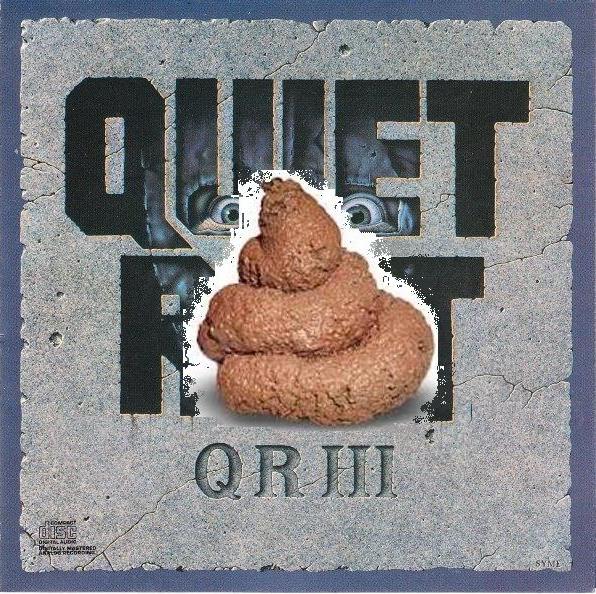 REVIEW B:  The Verbose One

QRIII (actually Quiet Riot’s fifth album) did nothing to revitalize their career. DuBrow was fired shortly after, leaving no original members. Quiet Riot soldiered on for one more album and tour anyway (with Paul Shortino on the creatively titled album but redeeming QR), before breaking up.  In ’93 they finally reunited with Dubrow intact, on the decently heavy Terrified CD.

QRIII, released in 1986, was a sign of desperation closing in.  Rudy Sarzo was out, and in was Chuck Wright. The band had flatlined commercially, so what did they do? They copied everybody else’s formula for success. That means they incorporated an overabundance of keyboards, buried the guitar way down in the mix, sampled everything, recorded sappy and faceless ballads, glossed it all up, and basically snuffed out any spark that this band once had. I felt that they also copied Kiss somewhat in image, with bouffant hairdos and sequined gowns that looked like hand-me-downs from Paul Stanley’s Asylum wardrobe. DuBrow’s new wig didn’t help things.

There is the one song that rises above the stinky, putrid toxic morass that is QRIII. “The Wild and the Young”, despite its reliance on samples, is actually a really strong hard rock rebellion.  On this track, the studio techno-wizardry did its trick.  The song is irresistible, and remains a personal favourite.  The drums kill it, and the gang vocal chorus is catchy as hell.  The song was accompanied by a creative video, so I was suckered into buying the tape.   If I had only known there was just one good song, I wouldn’t have spent my hard earned allowance on QRIII.  More to the point, if I had known just how bad the rest of the album actually was, I would have steered way clear.  Everything is choked down in a mechanical slop of keys and samples.   These songs are so nauseating, so tepid, so embarrassing, that I really can’t say it with enough vigor.

Lastly there are the sadly misguided attempts at a “soulful” direction, which crash and burn gloriously. I’m sure in the studio, producer Spencer Proffer assured Quiet Riot that he was producing a hit album.  This would get them on radio and MTV, he might have guaranteed.  Meanwhile, the real situation was more like, “Let’s throw anything and everything to the wall and see what sticks, because this band’s asses are on the line this time.”  But it was the band who wrote this slop with Proffer, so they bear equal responsibility for the calamity.  I’m sure there were so many drugs in the air that “The Pump” actually seemed clever at the time.

Do you enjoy the crash and burn of an astonishing train wreck? QRIII is for you. 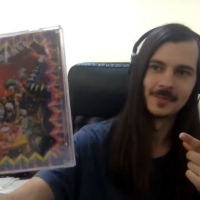 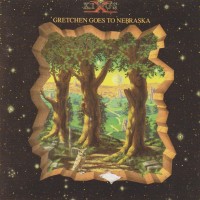 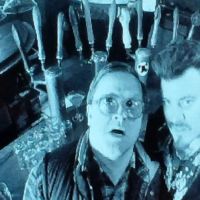 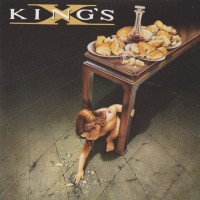 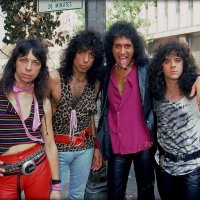