Before we get going on our final list (which is a good one I assure you), I’d like to say a few words about irony.

Every year before we went to a new on-site voting system, Tom would rant and rave about getting our Sausagefest lists in.  “PAY YOUR ROCK AND ROLL TAXES”, went the mantra.  He’d make posts and memes about it.  Hell, I’ve posted some of his memes!

In his defence he said, “Whoa…there was no timeline or due date…as far as I’m concerned I have until the 31st at 11:59.”  He then goes on to throw Uncle Meat under the bus!  “Meat stole most of mine, he didn’t even have a list two weeks ago…”

That almost sounds like “the dog ate my homework!”  More irony?  Tom’s a teacher!

16. King Gizzard & the Lizard Wizard – Nonagon Infinity
Late comer…just got it yesterday…might be higher on the list after a few more spins…Nothing like this…Devo on coke…and other shenanigans. 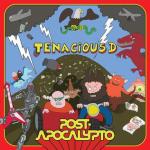 13. Fu Manchu – Clone of the Universe
A return to form…Wished I liked the Alex Lifeson track more, but it’s a meandering mess…

12. Yes – Fly From Here (Return Flight)
Originally recorded in 2011, this version has Trevor Horn on lead vocals and a couple more bells and whistles. With Horn at the helm it features the lineup that produced 1980’s grossly under-rated Drama album. Any fan of that masterpiece will find much to like here. (But probably not Steve Howe’s vocal debut “Don’t Take No For An Answer” which would work much better as a B-side, or better yet a No-side.)

11. Brant Bjork – Mankind Woman
Is there a cooler dude alive? Probably not. He was a driving force in both Fu Manchu and the mighty Kyuss for fuck sake…This slice of classic heavy rock is direct yet it does have flavours of blues, jazz and even bit of funk that spices it up. Solid rawk!

9. Magpie Salute – High Water I
Is it the Black Crowes? Not really…But it comes from the same rock’n’roll, Americana and southern blues spring…And it has Marc fucking Ford on it…looking forward to High Water II this year.

8. Adam’s House Cat – Town Burned Down
One of the odder releases this year…since it was recorded over 20 years ago. The little rock ‘n’ roll acorn that would grow into the mighty oak that is the Drive-By Truckers. Not just a curio however, but great, gritty American rock (with smatterings of early R.E.M.).

7. Necromancers – Blood & Wine
Sophomore slump? Only if you compare it to their phenomenal debut (my #1 last year). A heavy dose of guitar riffage from Satan’s apothecary. 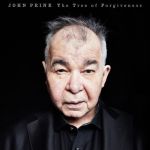 6. John Prine – Tree of Forgiveness
My favourite songwriter. Darkly comic with a heart of pure gold. Writes about the essence of a situation, and sings them in a way that you know it’s the truth. I love this man.

5. The Sword – Used Future
Played the shit outta this…Love how they’re stretching out with their sound and finding ways out of the metal box…but still retaining the noodly rock greatness that keeps them heavy.

4. Voivod – The Wake
I just knew this sucker was going to be good…their last few have been great (Target Earth a gem)…but I didn’t think it was going to be this good. Thrash, punk, prog, jazz…King Crimson at there most pissed off and ragged…You know you’re listening to a Voivod album and that these francophone fucks are still giving a shit! I love the variance of the tempos and textures of the songs that allow the riffs to burrow deep.

3. Clutch – Book Of Bad Decisions
God damn! These guys cannot make a shitty album. Heavy groove merchants with wickedly fun and fucked-up lyrics that always put a smile on my face as I belt them out. This album would make this list for the strutting horn-driven “In Walks Barbarella” alone… Making heavy metal fun and in-the-pocket funky…

2. Orange Goblin – The Wolf Bites Back
These guys should be huge. Their diverse influences are expanding their heavy metal pallet, and it is all so fucking cool. Orange Fucking Goblin baby!

1. Crazy Bull – The Past Is Today
Thanks to Classic Rock’s July free CD I was turned on to this album of southern fried heavy riff rock at it’s groovy gritty best. Skynyrd, Hatchet and more than a few nods to Brits Wishbone Ash. Sumptuous riffs, and leads and solos that put a smile on your face….

Thanks to Tom for his awesome list.  I’m placing an Amazon order for Tenacious D and Voivod right now!

Man of few words, but many lists:  Uncle Meat presents his top movies, albums, and disappointments of 2018!

* You can’t please everybody! 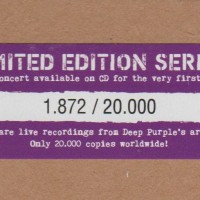 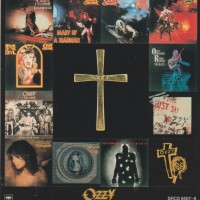